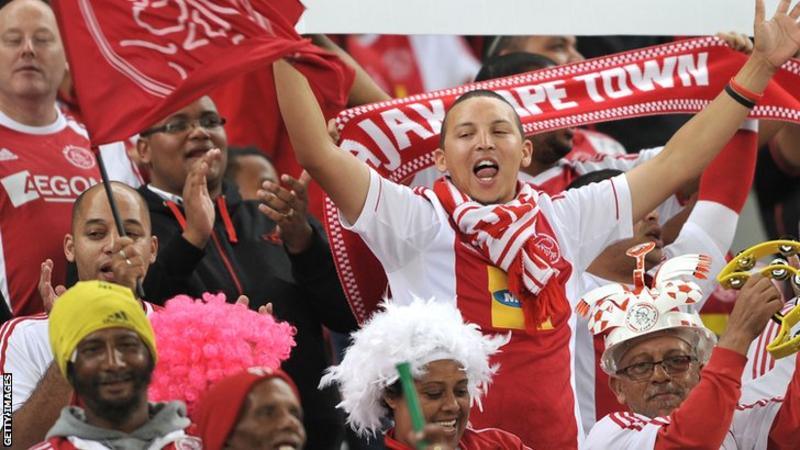 Ajax Cape Town's second successive failure to win promotion back to the Premiership was the final nail in the coffin in a divorce from their Amsterdam-based parent club.

However it is a separation that has been widely expected since the club's relegation from the Premier Soccer League (PSL) at the end of the 2017-18 season.

When Dutch club Ajax Amsterdam announced the sale of their majority 51% shareholding in the Cape Town-based club, it ended a 21-year association.

It was a deal that was meant to produce a conveyor belt of talented young footballers for the European market while at the same time also sustaining a top club in South Africa's PSL.

In a fairly blunt statement Ajax Amsterdam explained that those goals were no longer realistic.

"After the strategic reorientation, which was reported in February 2020 during the presentation of the half-year figures, Ajax concluded that the ambitions and results in Amsterdam are in too great a contrast to the development of the football market in South Africa," it said.

"Ajax has expressed the ambition to reach the top of European football and in recent years the South African football market has not produced enough talent at the level that Ajax strives for.

"Moreover, Ajax does not see sufficient potential for the future. The club has shifted its focus to other markets."

The venture had started so promisingly when the deal that included the amalgamation of local clubs Cape Town Spurs and Seven Stars initially linked up with Ajax.

The first high profile move saw a 19-year-old Benni McCarthy to the Amsterdam club in 1999.

While on the pitch back in South Africa the club won the League Cup in their second season capturing the imagination of local fans with their enterprising brand of football.

They won three more knockout trophies and came agonisingly close to clinching the league title in the 2010-11 season when they were pipped to the title on goal difference by Orlando Pirates on the final day of the season.

The final nail that seems to have ended the deal was the fact the club missed out on two chances of getting promoted back to the PSL this season.

Firstly despite leading the second-tier GladAfrica Championship by nine points with five games remaining they were eventually overtaken by Swallows FC, who clinched the title on goal difference on the final day of the season on 30 August.

The Urban Warriors then subsequently missed out again via the three-team playoffs that were won by Black Leopards, who retained their top flight status.

The writing for the split was on the wall at the end of January when the club's Dutch coach Andries Ulderlink, who took up the job in December 2018, departed under acrimonious circumstances.

The 51-year-old, who previously worked in Ajax Amsterdam's youth structures, had been recommended by the parent club.

He resigned in solidarity with technical director Hans Vonk, who had been suspended "for serious misconduct." Vonk, a former Bafana Bafana goalkeeper, subsequently resigned.

At the time the parent club expressed their frustration with developments and it was clear the relationship between the two parties, which had already been strained, was close to breaking point.

"As a major shareholder, we are dissatisfied with the recent developments and what has been communicated by Ajax Cape Town," the club said in February.

"In our view, Andries Ulderink and Hans Vonk were doing an excellent job."

Ajax Cape Town, who have lodged an application with the league to change their name to Cape Town Spurs, have not revealed their side of the story only acknowledging the acquisition of the 51% shareholding of the former parent club.

"After 21 years of partnership with their Dutch counterparts, Cape Town Stars will be acquiring full control of the South African club," the new owners announced.

"Cape Town Stars will shortly be in a position to advise on the way forward with regards to the future of the franchise."