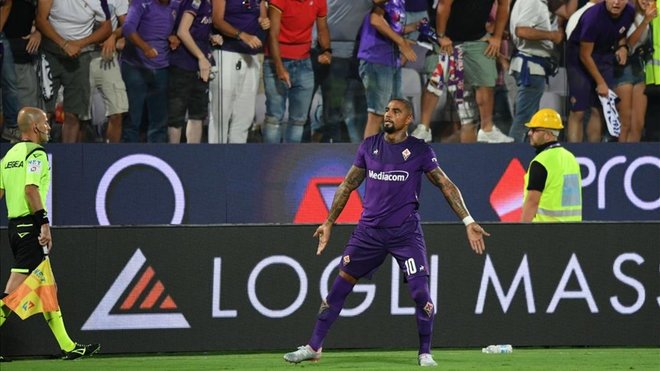 Manager for Italian Serie A side Fiorentina, Beppe Lachina has confirmed that Ghanaian international Kevin Prince Boateng will spend quite some time on the sidelines after picking up an injury.

The forward joined the Viola in the summer transfer window from Sassuolo. Since his arrival, he has struggled to stay fit and that has immensely affected his performance.

His latest injury set back came when Fiorentina beat Spal 2013 last week in the Italian Serie A.

Giving an update on the situation, Coach Beppe Lachini said KP Boateng is on the road to recovery as he awaits his return to full fitness together with French International Frank Ribery.

“Boateng has taken a big blow in the match with Spal and is trying to recover, he too can give us a hand, beyond the future choices of the company and of Prince himself”, the gaffer told Rai Radio 1.