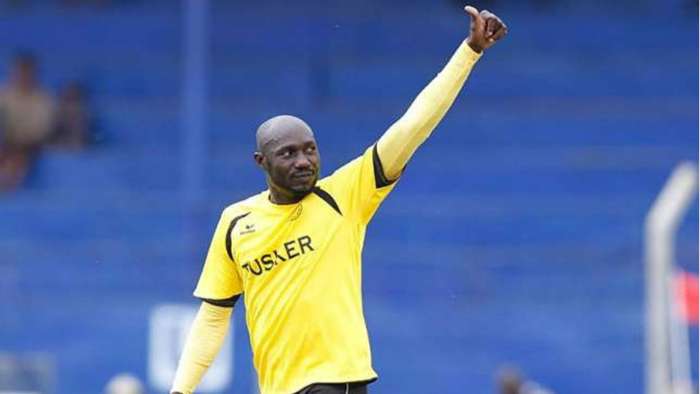 Former Ghanaian striker Stephen Owusu has died at the age of 37.

The ex-Tusker FC and Nairobi Stima striker passed way on Saturday evening after a battle with a long illness that forced him to go back to Ghana for treatment.

He was a member of the Brewers team that won the 2016 Kenyan Premier League (KPL) as well as the Football Kenya Federation (FKF) Shield Cup in the same year.

After a poor 2017 season in the Kenyan top-tier, Owusu was among the 14 players released by coach Robert Matano. Others who were shown the door alongside the Ghanaian was Anthony Ndolo, George Mandela, Moses Ndawula, Victor Ndinya, Luis Tera, Danson Kago, Noah Wafula, Martin Kizza, and Clifford Alwanga.

He lastly played in the National Super League (NSL) with Nairobi Stima.