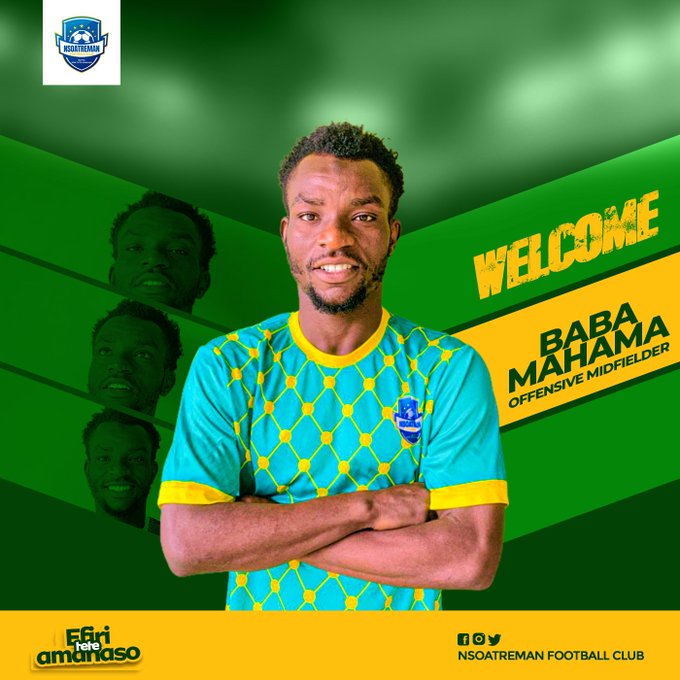 The enterprising midfielder joins the newly promoted side on a two-year deal and is expected to play a huge role for the club.

Nsoatreman FC are beefing up their squad for the 2022/23 Ghana Premier League campaign as they seek to make impact.

Baba Mahama las stint in the domestic top-flight was with Legon Cities.

The betPawa Ghana Premier League will commence on September 9, with the Nsoatreman FC taking on Kotoko in their season opener at away.