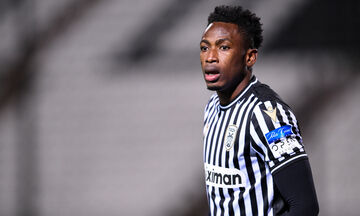 The German Bundesliga outfit paid the staggering figure to secure the services of the enterprising midfielder ahead of the 2021/22 football season.

The 22-year-old penned a three-year deal with Mainz 05 keeping him at the club until 2024 with an option to extend for another year.

He has, however, broken the transfer record at Greuther Furth previously held by Ghanaian defender Abdul Baba Rahman.

The Black Stars left-back emerged as the most expensive transfer of the Bundesliga newcomers when he secured a €2.5m move from the club to FC Augsburg in 2014.

He later joined English Premier League side Chelsea from Augsburg and another 3.75 million was added.

Baba Rahman is currently in pre-season with Chelsea as he seeks to break into the squad for the 2021/22 football season.