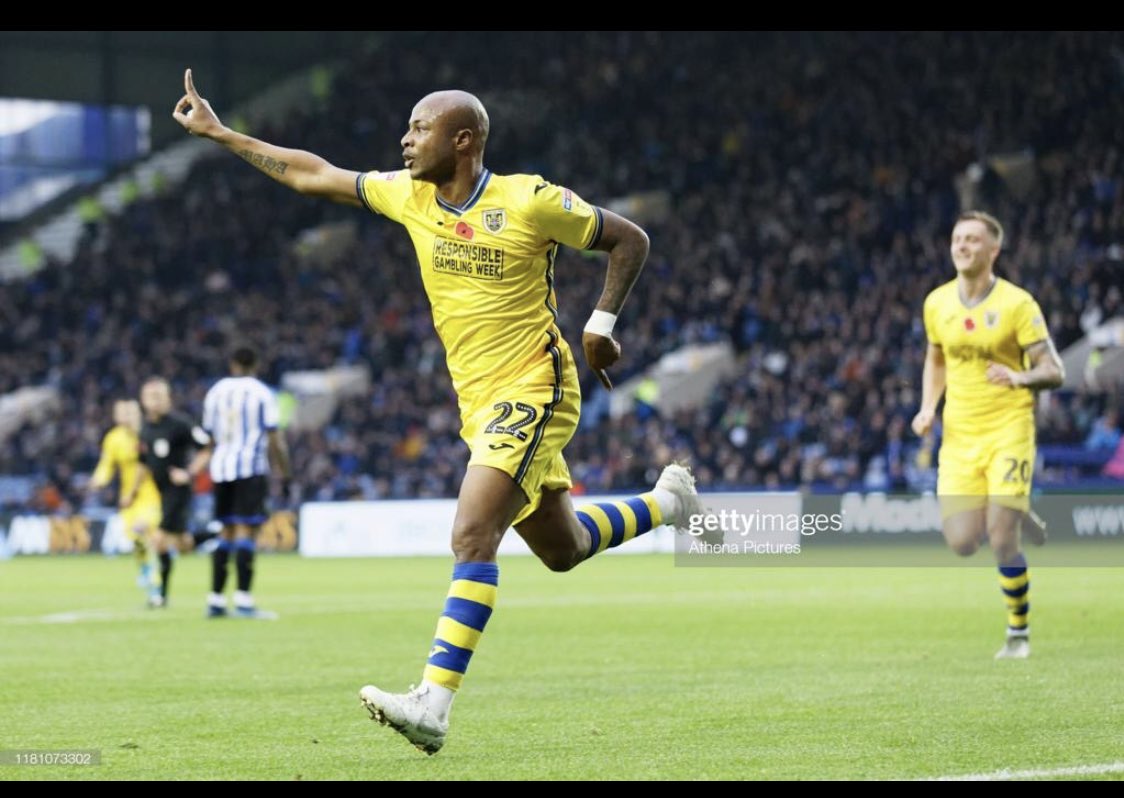 Black Stars skipper Andre Ayew has expressed delighted after scoring his fourth league goal of the season for Swansea City in the English Championship on Saturday.

Swansea led through the 29-year-old's goal in the 32nd minute but could not hold on and trailed.

Fernando Foriesteri pounced to level for Wednesday before Morgan Fox's injury-time effort looked like it would secure the win for Garry Monk against his former club.

But Ben Wilmot levelled for the Welsh side by turning home Matt Grimes' corner to ensure a topsy-turvy contest ended with the points shared.

The Swansea City vice captain has made 14 league appearances and scored four goals for the South Wales club so far this season.