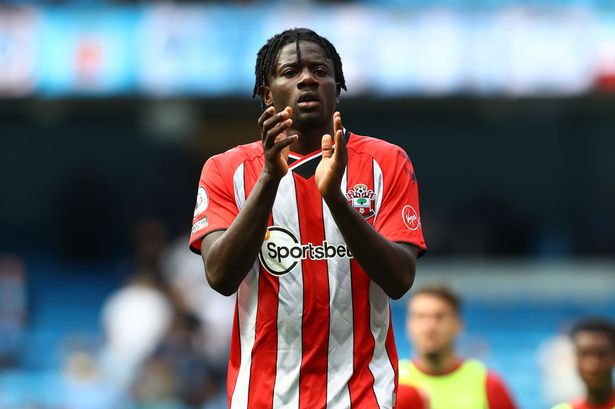 Ghana defender Mohammed Salisu was dropped again by his manager Ralph Hasenhüttl as Southampton lost 2-0 to Burnley in Premier League on Thursday.

Salisu, who has been one of the standout defenders in the league this season failed to make the starting XI against Arsenal as the Saints won 1-0 at St Mary's Stadium.

He was also among four changes made by Ralph Hasenhüttl from the side that was beaten 6-0 by Chelsea at home last three weeks.

Burnley produced one of their finest performances of the season to beat Southampton at Turf Moor.

The home side took the lead through Connor Roberts, who curled a delightful opener into the far corner and Nathan Collins headed in to double their lead before half-time.

The 23-year-old has made 29 league appearances for Southampton this season after 33 matches played so far.

Southampton are 13th on the league table with 39 points. The Saints will come up against Brighton in match week 34 of the Premier League.