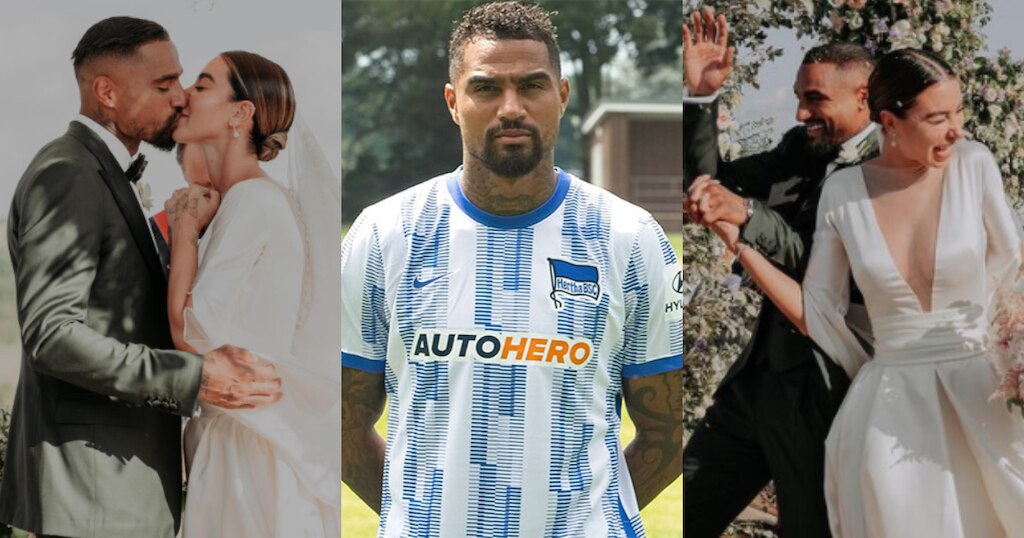 Ghana midfielder Kevin-Prince Boateng is expecting his first baby with his wife Valentina Fradegrada, according to several media reports in Germany and Italy.

The 35-year-old married model and businesswoman on June 11, 2022. The wedding ceremony was organised by the leading Italian wedding organizer, Enzo Miccio.

The wedding ceremony took place in the over metaverse and was available as limited edition NFTs on the NFT marketplace OpenSea for a short period of time.

The baby will be Boateng's third child. He had two children from his previous two marriages to Melissa Satta and Jennifer Boateng.

Valentina Fradegrada and Boateng met in August 2021. There was a flash engagement that led, less than a year later, to the wedding.

Fradegrada has origins from Bergamo and has been in the world of digital communication for over 10 years. In 2009, she opened a fashion and lifestyle blog and then worked as a model in the United States.

Back in Italy, she graduated in Fashion Marketing. The two newly weds have recently started an ambitious project: to launch their own wine brand.