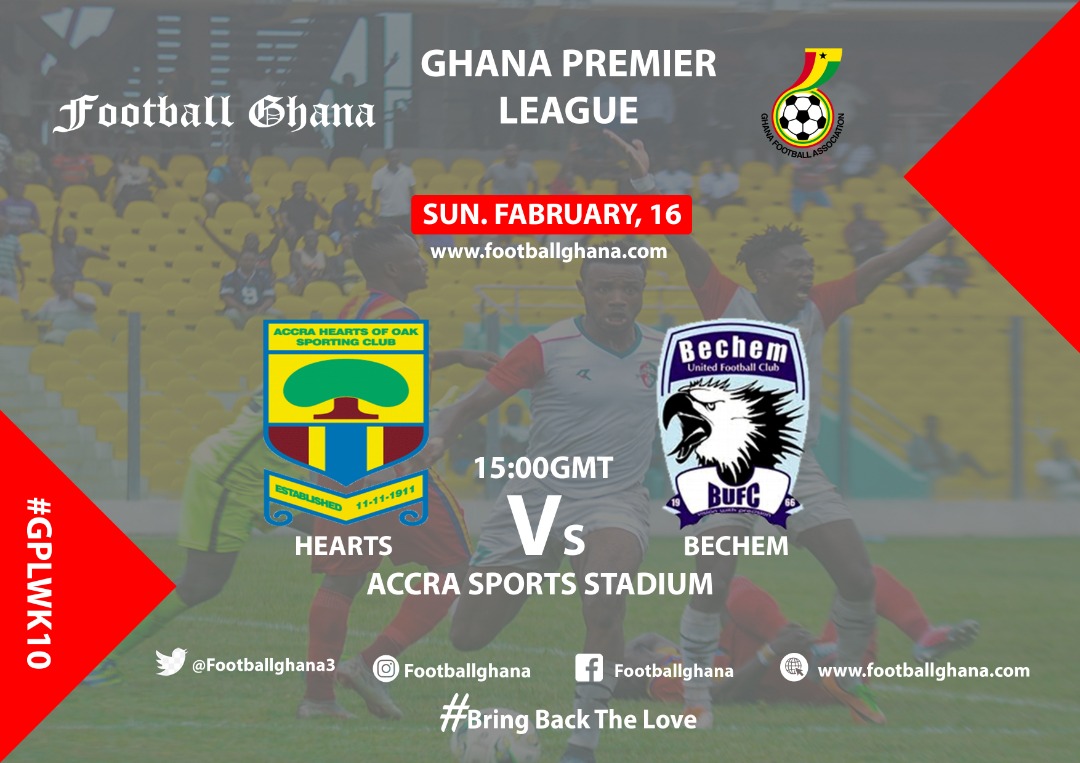 After drawing their respective Match Week 9 matches of the ongoing Ghana Premier League season, both Hearts of Oak and Bechem United will be hoping for a win when they lock horns at the Accra Sports Stadium on Sunday, February 16, 2020.

While the Phobians drew goalless with Medeama Sporting Club at the Tarkwa Akoon Community Park, the Bechem-based club was also held at home to a scoreless stalemate by Ebusua Dwarfs.

Separated by just two points on the Ghana Premier League table, both teams will be aware that 3 maximum points from their meeting will do them a lot of good as far as climbing into the top-four is concerned.

Even with a poor record of four wins, a draw, and four defeats, Bechem United looks to be the favorite side going into tomorrow’s fixture against a Hearts of Oak side that has been inconsistent and poor especially when playing at home.

Ahead of the meeting between these mid-table clubs, the analysts are predicting a close match with the home advantage expected to work in favour of the Phobians this time around.

The match will be played at the Accra Sports Stadium and will kick off at 15:00GMT.