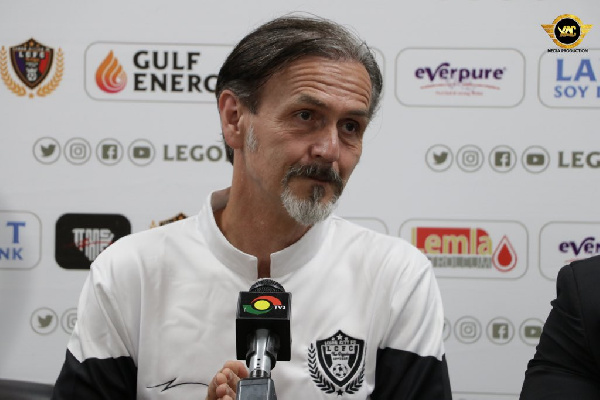 Having played as many as 12 Matches in the domestic top-flight, the club has only recorded 2 wins and has 3 defeats in addition to 7 draws.

While they could have won at least five matches at this stage of the domestic top-flight league, the toothless nature of the attack of the Royals have caused them.

Ahead of the team's clash against WAFA on Friday night, head coach Goran Barjaktarevic has admitted that his team has not been sharp in the attacking third

"Yes, we're always working on it [our goal scoring problems]. We miss a little bit of quality in our squad. We do create the chances but we're not clinical enough to put the ball at the back of the net. It's a worry for us all”, the German tactician said at a press conference in Accra on Wednesday.

The match between Legon Cities FC and WAFA will be played at the Accra Sports Stadium tomorrow at 19:00gmt.