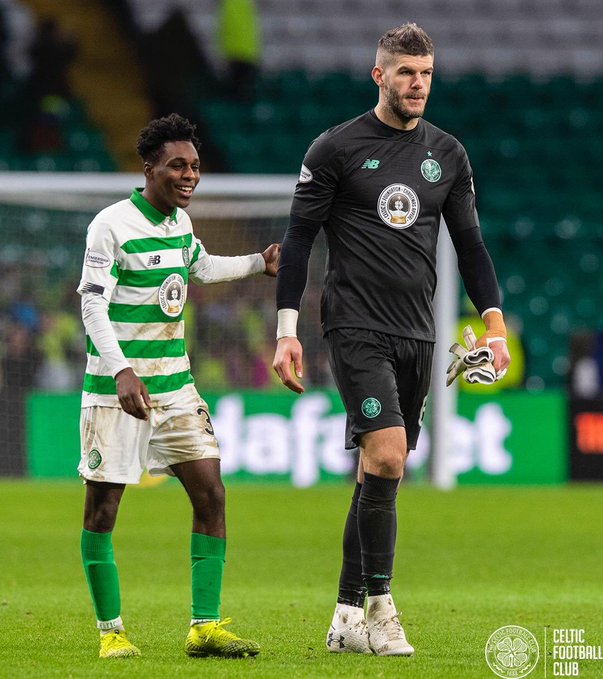 Ghanaian youngster Jeremie Frimpong put an impressive performance for Celtic as they defeated Motherwell 2-0 in the Scottish Premier League on Sunday.

Frimpong, who was handed a starting berth having missed Celtic’s famous win at Lazio in the Europa League lasted the entire duration of the game at Celtic Park.

Odsonne Edouard gave the champions the lead when the ball broke his way in a busy penalty box.

The visitors improved after the break as Celtic's tempo dipped but Richard Tait knocked in an own goal from a Jonny Hayes cross.

With Rangers winning by the same scoreline at Livingston, Neil Lennon's side stay ahead by a one-goal margin.

Celtic have now enjoyed seven successive wins in all competitions since losing at Livingston in early October, while this was a fourth clean sheet in a row in the league.

After the game, the 18-year-old took to twitter to express his happiness.