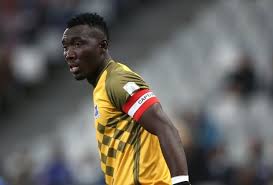 Ghana and Maritzburg United shot-stopper Richard Ofori has expressed his delight after he kept a clean sheet in his side's goalless draw against Orlando Pirates in the Absa Premiership on Tuesday.

The 26-year-old put up a Man of the Match performance as he helped Maritzburg pick up a vital point at the Orlando Stadium.

"It's a very good result because we knew the game is gonna be tough because after losing against Chiefs I know definitely they will come, they will come hard on us, we know," Ofori told SuperSport TV.

"It's normal because once you're playing against Orlando Pirates here, definitely as a goalkeeper you need to stand out, that's what I did.

"So I will thank my players because they did very well, we defended the goal very well, so I'll say this [award] is for all of us."