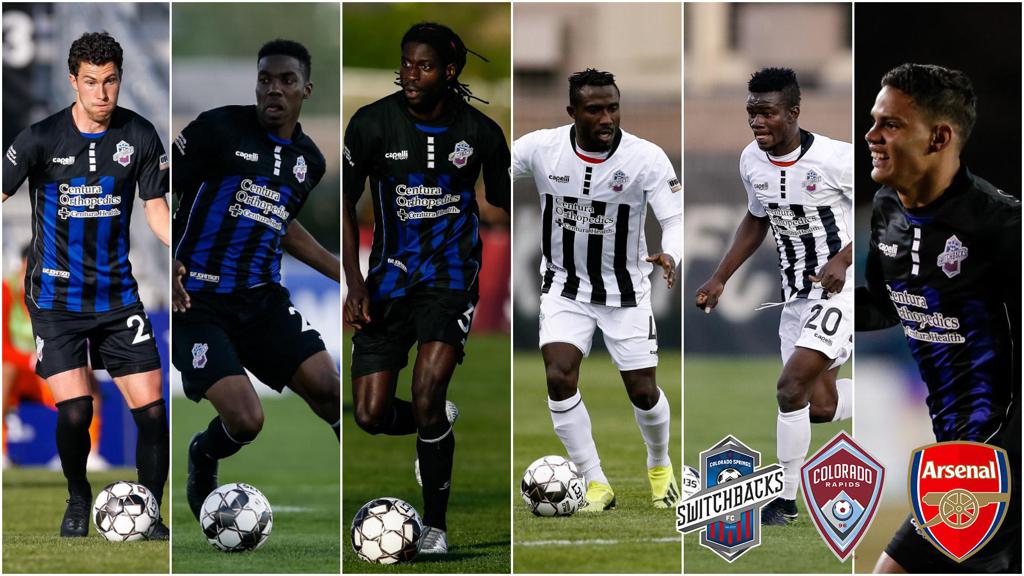 Ghanaian International, Kwasi Donsu ended up on the losing side in a pre-season friendly when his club Colorado Rapids were defeated 3-0 by English Premier League giant Arsenal.

The Gunners engaged the MLS side in a friendly on Tuesday night as they continue their preparations towards the start of the 2019/2020 season.

Kwasi Donsu, who is a formal player of Ghana Premier League club Medeama SC played 45 minutes for Colorado Rapids when he was introduced in the second half.

Arsenal’s 17-year-old Bukayo Sako gave the side the lead in the 13th minute before James Olayinka added a second on the 28th minute.

Though the team was contained in the second half, Gabriel Martinelli added a third goal on the 61st minute to cement an emphatic win for Unai Emery and his charges.

Donsu and compatriot Ibrahim Yaro were loaned by Colorado Switchbacks to their parent club for the historic friendly against the English giants in Denver.