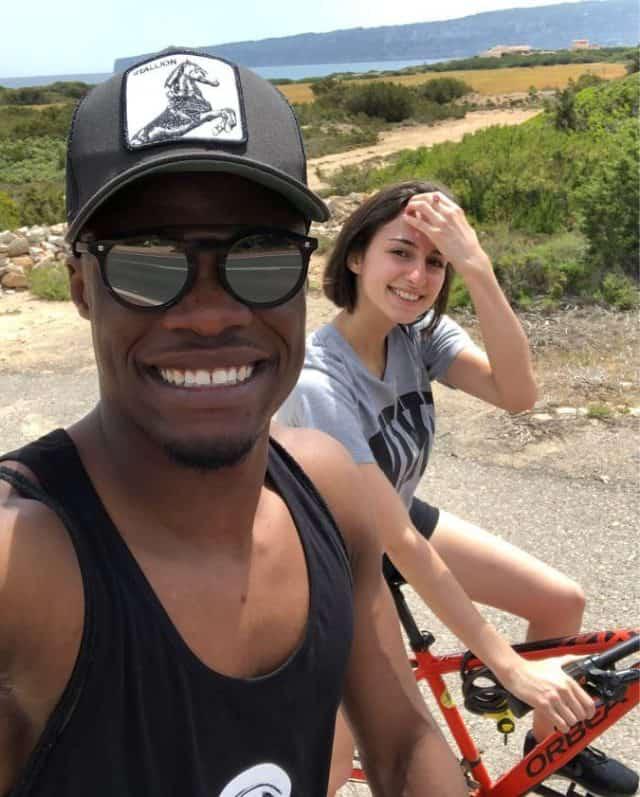 Ghanaian International, Caleb Ekuban has been spotted on holidays with his Italian girlfriend Fappani Alice following his exploits with the Black Stars at the 2019 Africa Cup of Nations (AFCON) tournament which ended with him failing to convert his penalty kick.

The player earned a spot on the 23-man squad that featured for the Black Stars at this year’s AFCON following his impressive performance in the Turkish Süper Lig with Trabzonspor.

After playing out a one-all draw with the Carthage Eagles of Tunisia in the round of 16, the two sides headed for the penalty shootout to decide who gets to progress into the quarter-finals.

Caleb Ekuban caused Ghana eliminations after emerging as the only player to see his kick saved.

After that match, he appeared as the player to have let the country down with many lashing out at him for what they describe as an unpardonable kick from the striker.

In the latest post by the player, it appears he has put the sorrows of the penalty miss behind him as he posed with his girlfriend with a broad smile on his face whiles enjoying their holidays.

Meanwhile, the 25-year-old has been heavily linked with a return to Trabzonspor and could complete a permanent move in the coming days.