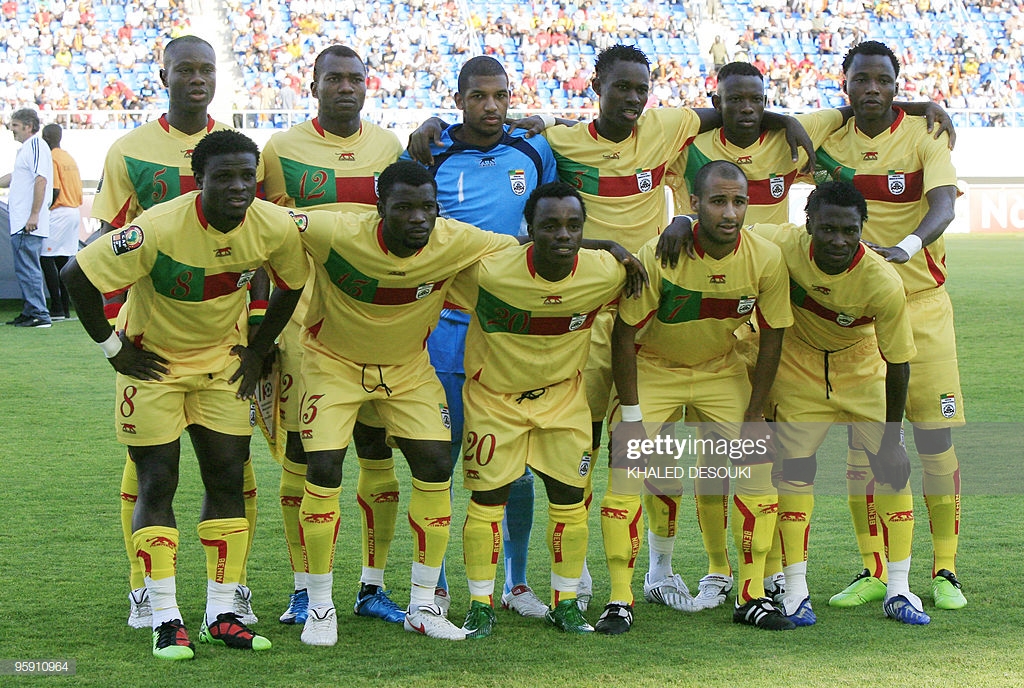 Benin's national team pose before their football match against Egypt in the group "C" stage match at the African Cup of Nations CAN2010 at the Ombaka stadium in Benguela on January 20, 2010, Egypt won 2-0. AFP PHOTO/ KHALED DESOUKI (Photo credit should read KHALED DESOUKI/AFP/Getty Images)

Ghana’s Group F opponent, Benin recorded an important 1-0 victory over Guinea on Tuesday ahead of the Africa Cup of Nations (AFCON) tournament set to start later this month.

The friendly match which was played behind closed doors was part of preparations as Benin prepares to make their representation at the continental showdown in Egypt.

A well-taken free-kick by Stéphane Sessegnon's on the 30th minute from the edge of the box was enough to see the Squirrels clinch the vital win.

It has given the team a good major boost as they look forward to enjoying a successful tournament in the expanded AFCON.

The Squirrels of Benin will face defending champions Cameroon, as well as Guinea Bissau and Ghana.

The team is expected to engage in another friendly match before making their way to Egypt next week.