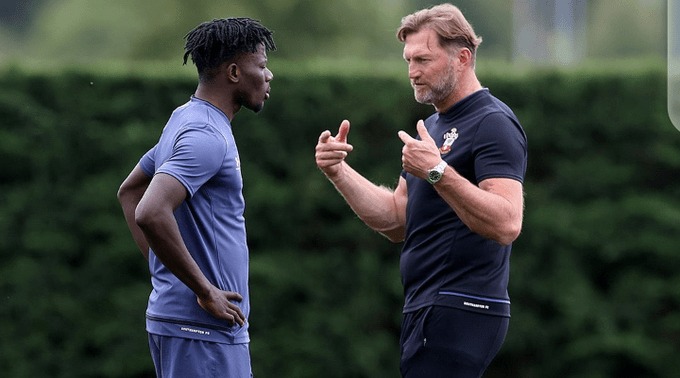 The youngster has been working under the manager for two years now and says it has been a good experience.

According to Salisu, the Austrian tactician has helped him a lot since leaving Spain to sign for the English Premier League outfit.

"So far the season is going on well and I hope everything continues like this," Salisu said when asked about the influence of Hasenhuttl.

"I think it's very important as a young central defender to get more minutes in the Premier League. I am very happy.

"I think I have learned a lot and I have been studying what the manager wants and I have always been watching the games and looking at what he wants,” Mohammed Salisu said.

The 22-year-old defender added, “That makes it easier for me when I started playing.

"He has been a good manager. Since I came here, he has been good to me.

“I remember before I came here, we spoke. He told me he needed me in the team and that I was a long project, how I was a young central defender, I needed to do what I was doing and I would get more minutes to play."

This season, the Ghanaian has become a key player for Ralph Hasenhuttl after putting up top performances for the Saints.

Salisu is in line for a starting role this weekend when Southampton takes on Liverpool.