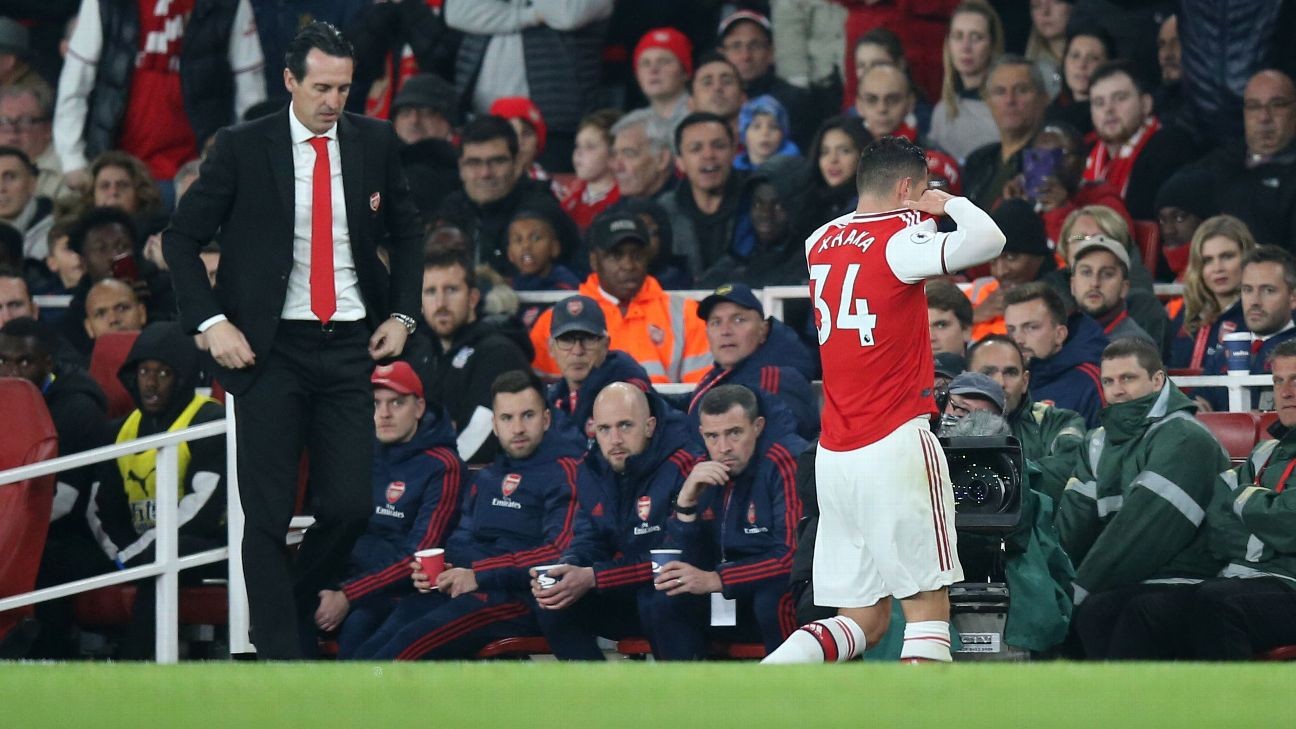 Former Arsenal striker Paul Mariner lists the deadwood at the club he would include in a January fire sale.

Craig Burley calls Unai Emery and Arsenal "weak" for having made ever made Granit Xhaka captain of the club.

Arsenal boss Unai Emery has said Granit Xhaka told him that he is not ready to feature in the Premier League clash against Leicester City on Saturday.

Xhaka has not played for the club since he reacted angrily to being booed by Arsenal fans at the Emirates Stadium in their 2-2 draw with Crystal Palace.

"I spoke with him on Tuesday for how he is feeling now and his mind because he is training well but he said to me he can't play," Emery told a news conference.

Xhaka released a statement days after the Palace match and said he had reached "boiling point" over the amount of abuse he had received in the stands and online.

The midfielder was stripped of the club captaincy on Tuesday and Pierre-Emerick Aubameyang will skipper Arsenal for the remainder of the campaign.

"The first captain is Aubameyang because he is experienced and he has the respect of the dressing room," Emery added.

"He was the top scorer last year in the league and I know he needs time to take that responsibility 100% but we will support him."

Arsenal midfielder Dani Ceballos has been ruled out of the Leicester match with a hamstring injury, but Emery said Mesut Ozil could feature from the start.

Arsenal are six points behind Leicester and have failed to win their last four games in all competitions.