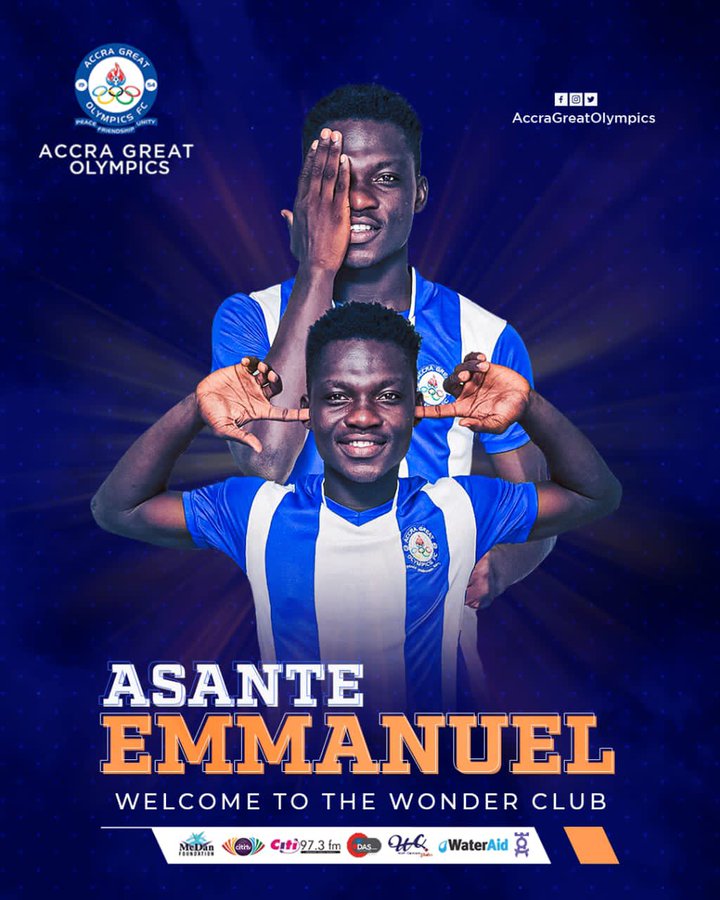 The Accra-based club in the last campaign had a good spell in the 2020/2021 football season.

Despite the excellent displays in the first round of the season, a dip in form in the second round meant that the club could not win the Ghana Premier League title.

The team missed out to Hearts of Oak at the end of the season and had to settle for a 6th place finish on the league table.

Keen on doing much better next season, Great Olympics have decided to bring in reinforcements.

Today after fruitful talks, the club has announced that it has completed the signing of another player.

“Emmanuel Asante joins us from MSK Zilina Africa FC,” a statement on the Twitter page of the club said on Wednesday afternoon.