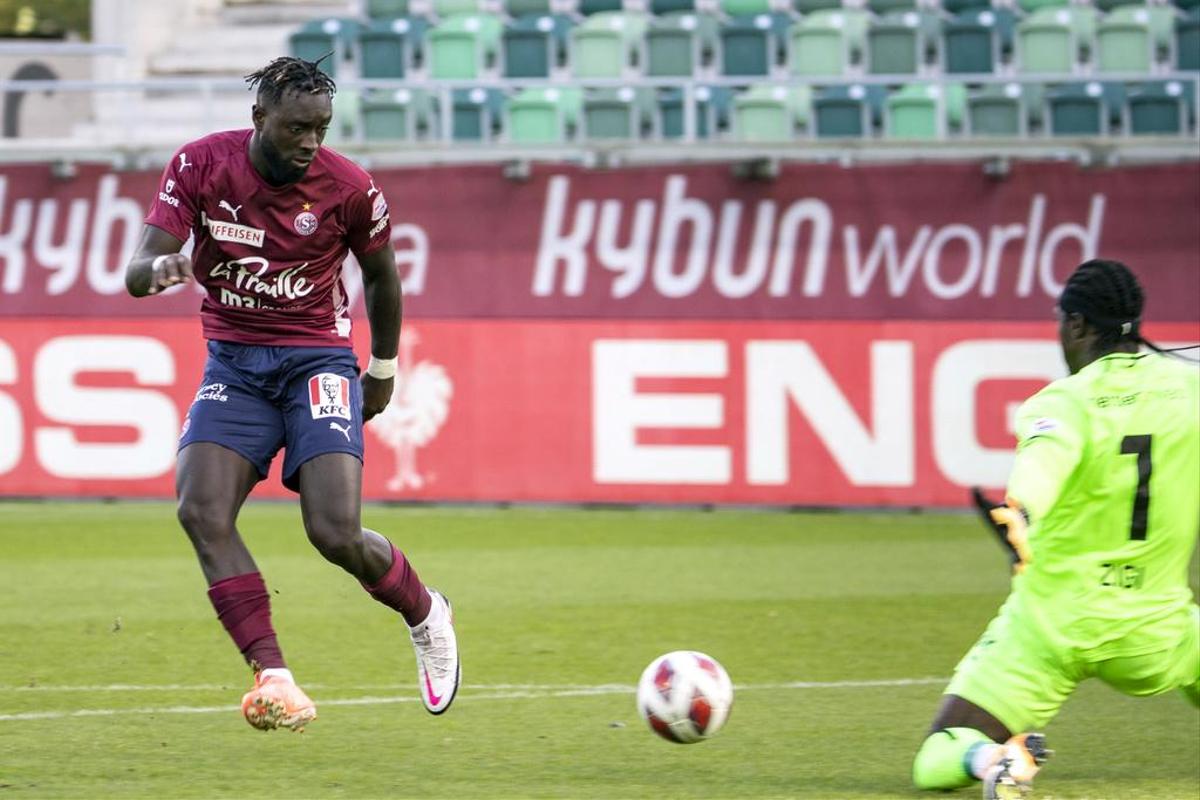 When Servette won in St. Gallen for the last time, the coach was still called Lucien Favre and referee Massimo Busacca kicked it off in Espenmoos. Because, among other things, a 23-year-old named Alex Frei netted, the Geneva-based team won 3-1 on April 24, 2002.

No wonder the Servettiens did everything they could on Wednesday evening to finally break this series - if necessary with unfair means. Gael Ondoua straddled St. Gallen's Jeremy Guillemenot so rudely from behind in the 70th minute that referee Lukas Fahndrich showed him red. However, after VAR intervention, the red box turned into a yellow one.

In any case, it wasn't too difficult for 11 Genevans in the final minutes to defend the 1-0 lead, which lasted from the 30th minute, over time.

The bustling Grejohn Kyei had put the guests in the lead with his 9th goal of the season. He headed a precise free kick from Theo Valls into the net. Previously, Kyei had failed only because of FCSG goalkeeper Lawrence Ati Zigi.

St. Gallen's attempts were too unimaginative, their attempts were not precise enough. Kwadwo Duah came closest to a goal (7th), but found his master in Geneva goalie Jeremy Frick. Substitute Euclides Cabral made too little of his chance for a lucky punch in stoppage time on the left.