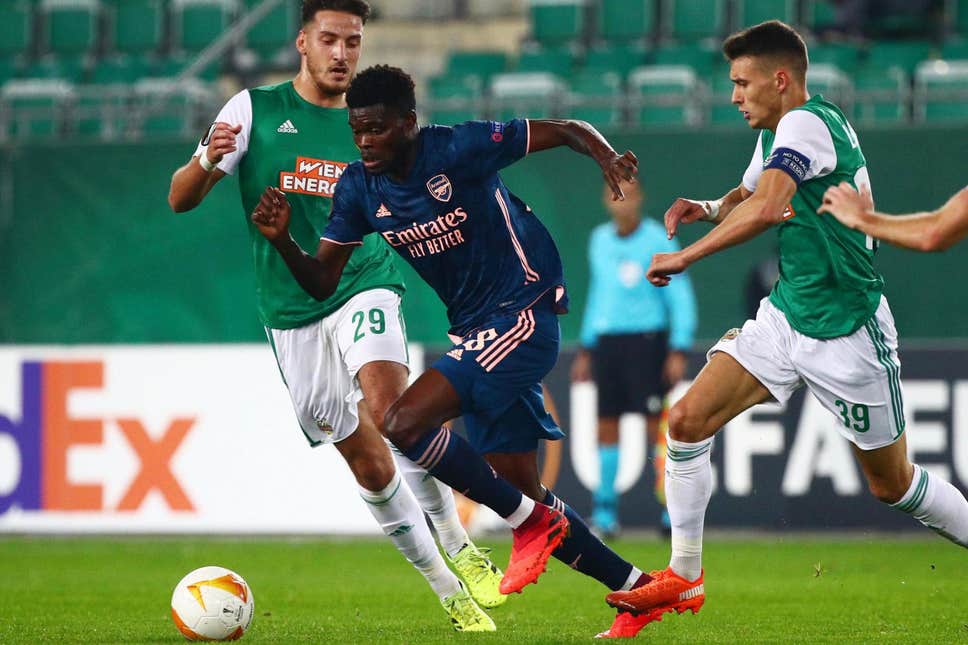 Arsenal manager, Mikel Arteta described as exceptional the performance of Thomas Partey on his full debut for the team on Thursday night.

The Ghana midfielder joined the English outfit on transfer deadline day after the Gunners paid his release clause of 45 million pounds at Spanish La Lig side Atletico Madrid.

On his full Arsenal debut on Thursday night, Thomas Partey displayed outstanding form and won the ‘Man of the Match’ award while helping his team cruise to an important 2-1 win against the Austrian opponent.

Speaking in a post-match interview, Gunners boss Mikel Arteta was full of praise of the Ghana star and noted that the midfield powerhouse looked like he has been at the club for a long time.

"He was exceptional! He controlled and dominated the game.

"He looked like he's been here much longer”, Arteta said.

Meanwhile, there has been praise from pundits all over including former English footballers Owen Hargreaves and Martin Keown.