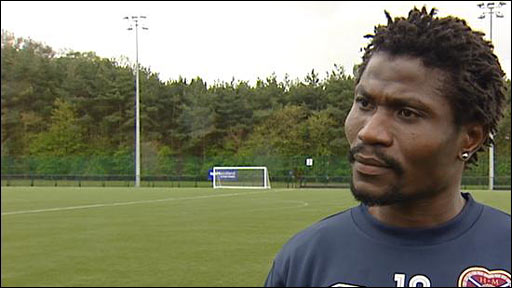 Former Ghana international Laryea Kingston has backed coach Kim Grant to succeed at Hearts of Oak after he was left impressed by his impact on the team.

Kingston claims Hearts of Oak management should give Kim Grant sometime and also tipped him to bring the club back to its glory days ahead of the resumption of football in the country.

“It’s very important for the management to maintain him. They should keep him for some time. He is doing well now. He is trying to bring his philosophy to the team," the former Hearts of Oak winger said.

“I believe the coach had some scout who scouted for him to get the players he needed. He has done a good job so far, it remains for them to be focused and get used to his philosophy. When they have the ball and when they don’t have the ball and others.

The 38-year-old also called on the fans to keep supporting the club to help boost the morale of the players as well as the technical team.

“The team is very close to their heart. They should keep supporting the team. They should try and support the team as they were doing. I believe Hearts of Oak will come back to glory days very soon.