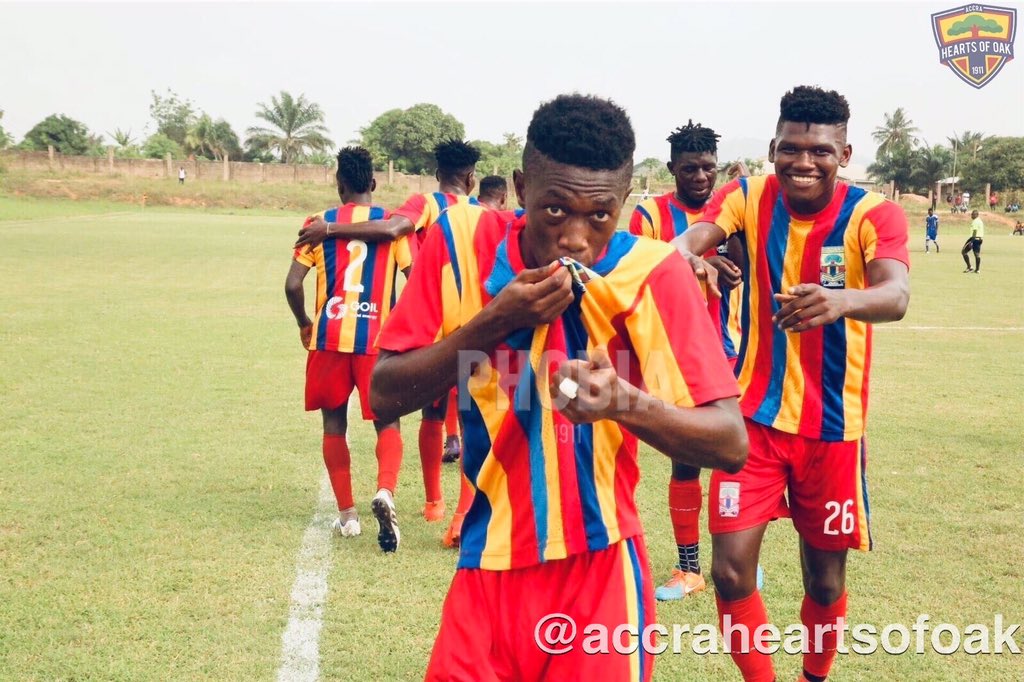 Hearts of Oak attacking midfielder Manaf Umar has heaped praise on head coach Kim Grant for helping him develop into an extraordinary player.

Umar was one of the standout players in the Normalisation Committee Special Competition as he helped the Phobians reach semi-finals of the competition.

The highly-rated midfielder joined Hearts from the youth side Auroras ahead of the start of NC competition and has since been a key cog for Kim Grant side.

Speaking in an interview with Otec FM, he hailed coach Kim Grant for his role in his life and how he’s transformed him to become a better player.

“I was promoted to the main team and I got injured on my knee and I went back for treatment.

“I’ve learned a lot from him because I was an attacking midfielder and he (Kim Grant) has converted me to play as a second striker which is a plus to me.