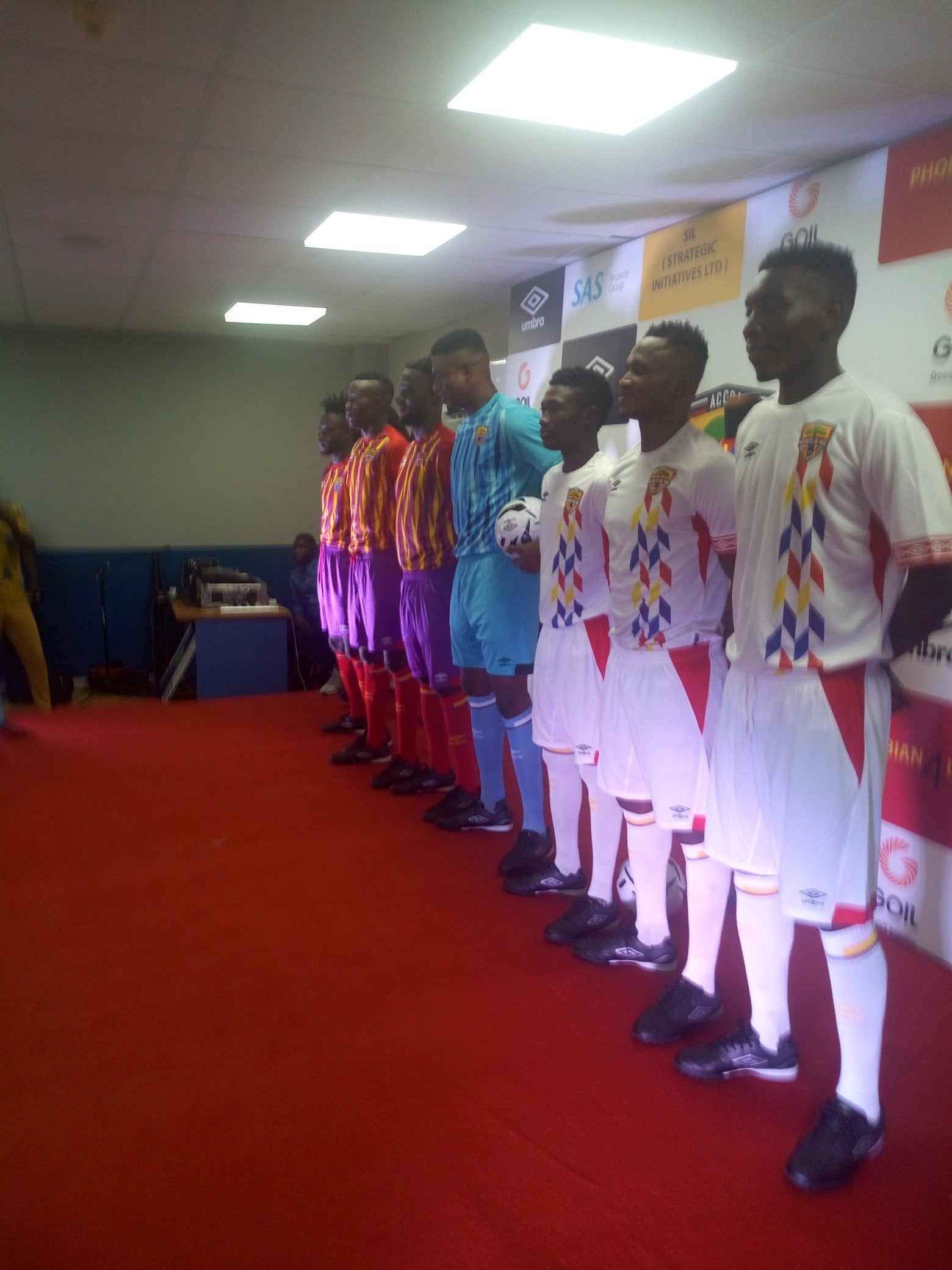 At a brief but colorful ceremony at the Media Center of the Accra Sports Stadium earlier today, the club outdoored the new kits which arrived in Ghana last month.

The ceremony which was attended by top officials of the club, the playing body, some football administrators, as well as some supporters saw Hearts launching the beautifully designed jerseys which the team will be expected to use when the 2019/2020 season starts.

Some players including Captain Fatawu Mohammed, center-back Mohammed Alhassan and striker Josep Esso modeled in the new kits at the official unveiling today.

Hearts of Oak has now joined top European clubs such as Everton, Huddersfield Town, Werder Bremen and FC Nürnberg who are being kitted by Umbro. 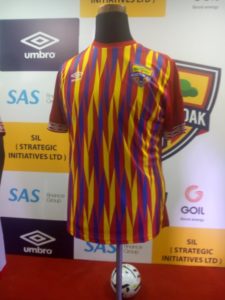