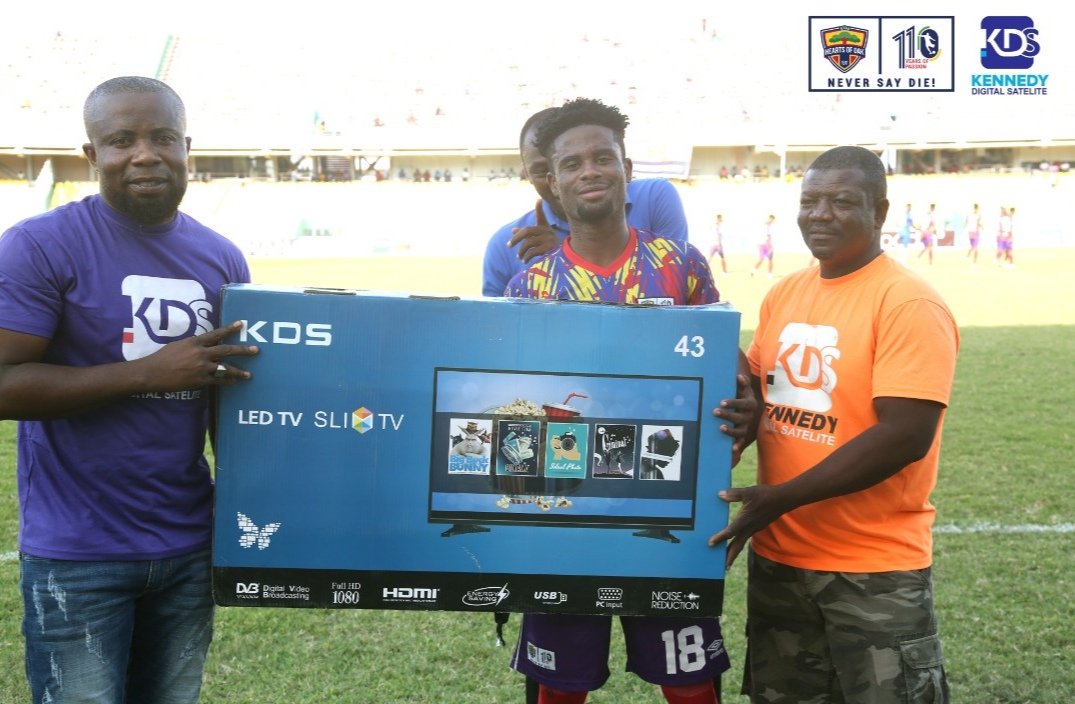 Kenedy Digital Satelite has awarded Hearts of Oak forward Daniel Afreyie for being named the Player of the Week for match week 21 of the Ghana Premier League.

The 20-year-old received his award on Sunday from the representative of Kenedy Digital Satelite, Opoku Afriyie.

Barnieh becomes the second player after Dennis Korsah won it in the beginning of the second round of the Ghana Premier League.

The Hearts forward received some accolades for his role in the victory over Ashanti Gold SC in that encounter where he grabbed a brace.

He scored in the 14th and 61st minutes of that game to secure all three points for Hearts of Oak and was subsequently awarded man of the match.

Kenedy Digital Satelite has become an “autonomous body” motivating players to put in their best in every game they play.

The award was presented to Barnieh during recess in the game against Dreams FC where he had already scored.

His contribution in the game was evidence as he troubled the defense of Dreams FC who had to ensure that he was well policed in order to avoid further goals.