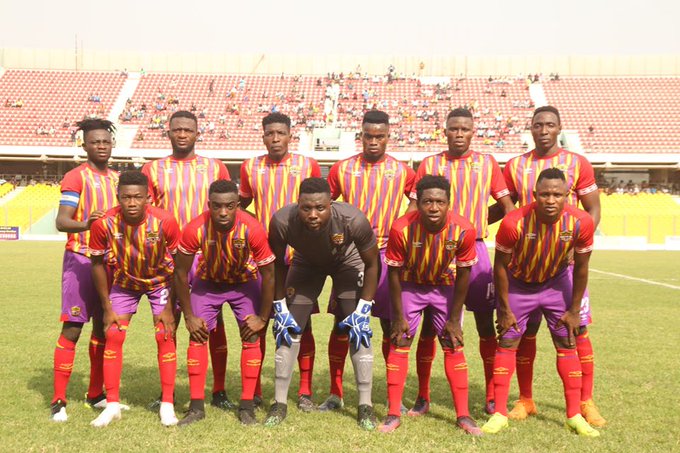 The two clubs are set to go head to head today in a crucial Match Week 4 fixture of the recently started 2019/2020 Ghanaian top-flight season.

After recovering from two defeats at the beginning of the campaign to beat Ebusua Dwarfs on Match Week 3, Hearts of Oak gaffer Edward Nii Odoom has set his sight on leading his team to another victory against the Academy boys this afternoon.

He has therefore named a strong team with a blend of experienced players and young ones who have been impressive in previous games.

New signing Frederick Ansah Botchway has kept his place after marking his debut in the last match while deadline day signing Emmanuel Nettey gets to start his first game for the Rainbow lads.

The match between Accra Hearts of Oak and WAFA will be played at the Sogakope Park and will kick off at 15:00GMT.

Below is the Hearts lineup for the clash: