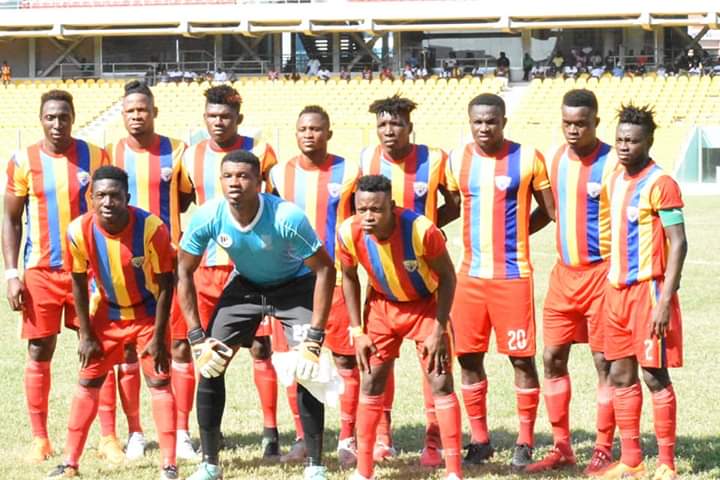 Ghana Premier League giants, Accra Hearts of Oak have confirmed that they will be playing as hosts to Nigerian side Sahel Sporting Club (SC) in an international friendly on Friday, October 4, 2019.

The Phobians have been in camp since July ending as they continue preparations for the possible start to of the local league.

Having featured in some friendly matches in the last couple of weeks, head coach Kim Grant and his lads will now test their strength against a foreign opposition in Sahel SC.

The club is the most successful side in Nigeria and boasts of an enviable record of 34 League titles.

They are expected to give Hearts of Oak a good run of their money as they both take advantage to polish their respective blushes.

The match will be played tomorrow morning at the Pobiman Park at 08:00GMT.

Come watch as we take on the most successful club in Niger who are 34 times league champions.#AHOSC🔴💛🔵 pic.twitter.com/PW96LqX0i8