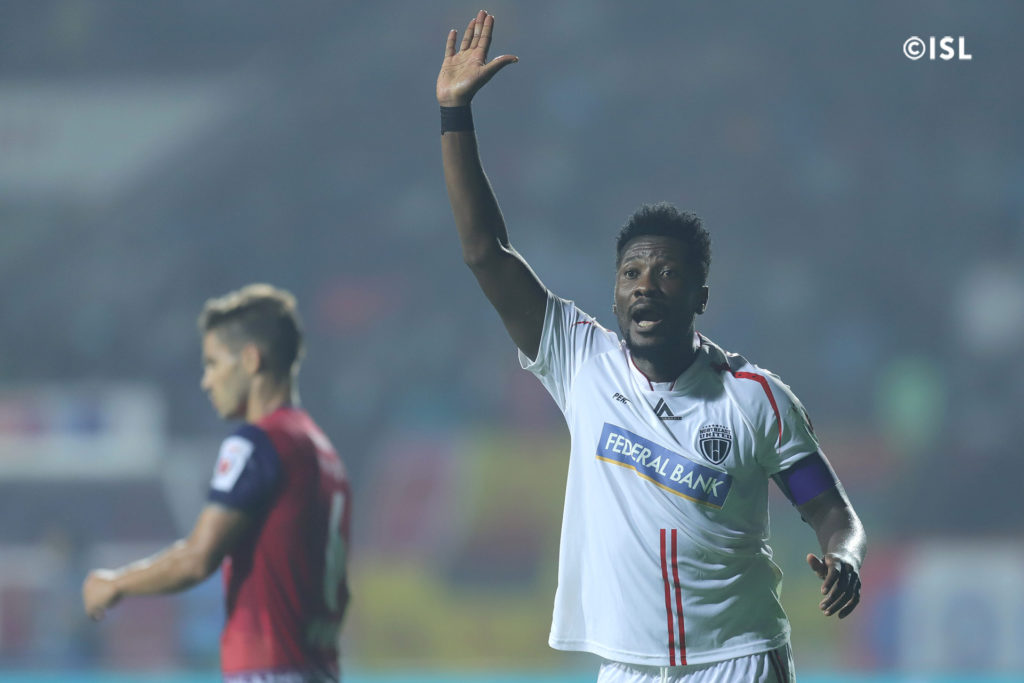 Legendary Ghanaian forward Asamoah Gyan impressed for his NorthEast United side on Monday by providing a key assist in the goal that earned the side a 1-1 draw against Jamshedpur in the Indian Super League (ISL).

The former Sunderland FC striker joined the side in the summer transfer window and has been in fine form since the ISL started.

In a match week 6 fixture, Gyan was handed another starting role to help NorthEast United fight for another 3 points.

Things did not start well for the club as they conceded just 24 minutes after Sergio Castel found the back of the net for Jamshedpur.

That goal separated the two sides at halftime but an improved performance from Asamoah Gyan and his teammates saw them restore parity for NorthEast United in the second half.

In the dying minutes of the match, Gyan’s sleek pass found Panagiotis Triadis who fired in his effort into the back of the net.

The match eventually ended one-all with NorthEast United sharing the spoils with Jamshedpur.

The pass from Asamoah Gyan that resulted in his side’s goal won him the DHL pass of the match award.