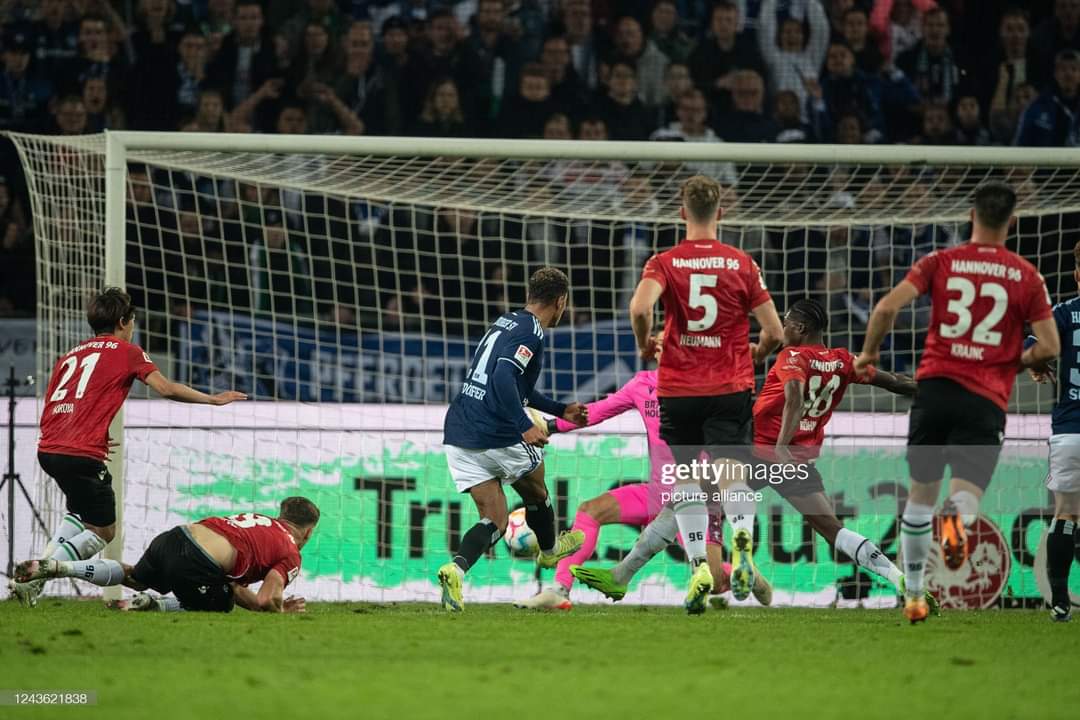 Ghana's Ransford-Yeboah Königsdörffer scored the winning goal for Hamburger SV in their crucial game against Hannover 96 on Friday evening.

Sei Muroya grabbed the first goal of the game for Hannover 96 in the 4th minute. A Julian Borner own goal gave Hamburger SV a lifeline.

Ransford-Yeboah Königsdörffer grabbed the winner in added time to secure all three points for his team.

The former Dresden attacker did not start the game he came on in the 70th minute.

The 21-year-old has played eight games this season and scored three goals for Hamburger SV in Germany.

After the game HSV coach Tim Walter praised the Black Star attacker's impact from the bench.

"It was a very intense game. We had a lot of possession and used it well, plus defended consistently in defence," Walter said.

"It was an outstanding show of will from #Ransi, he brought a lot of energy from the bench. That was a key to success,"

"The fact that we scored the goal in the end was lucky, but also deserved. We're very happy about the three points that we're taking back to Hamburg,"