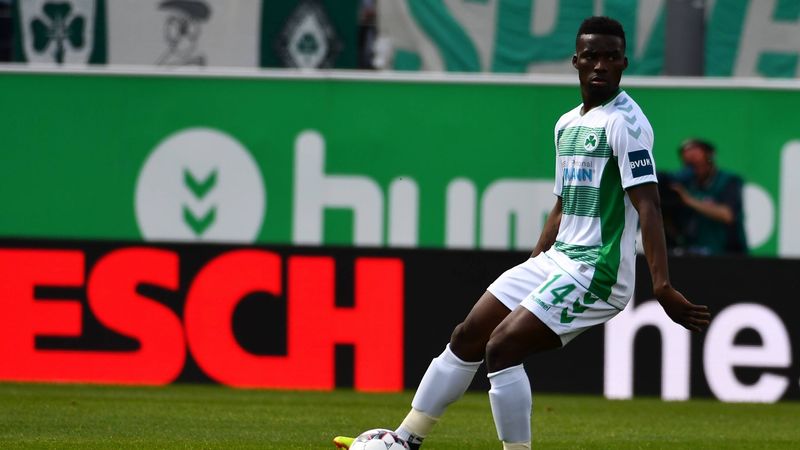 Ghana and Greuther Fürth midfielder Hans Nunoo Sarpei has revealed that he likes the playing styles of Chelsea legend Michael Essien, as well as Arturo Vidal and N’Golo Kante.

The former Accra Great Olympics and Liberty Professionals man joined Stuttgart in 2016 as a teenager and is gradually growing into a fine midfielder.

Speaking in an interview with getfootballnewsgermany.com, the 21-year-old has shared that he looks up to himself because he has his own style of play.

Nonetheless, he has admitted that he likes the playing style of some of the top midfielders including compatriot Michael Essien, Barcelona’s Arturo Vidal, and World Cup winner N’Golo Kante.

“I look up to myself because I have my own style of play and I write my own story and history but I have some players that I like the way that they play: Michael Essien, Arturo Vidal, and N’Golo Kante”, Sarpei noted.

The midfielder is currently enjoying a good spell with Greuther Fürth in the 2. Bundesliga and say he hopes they gain promotion to play in the top-flight at the end of the season.