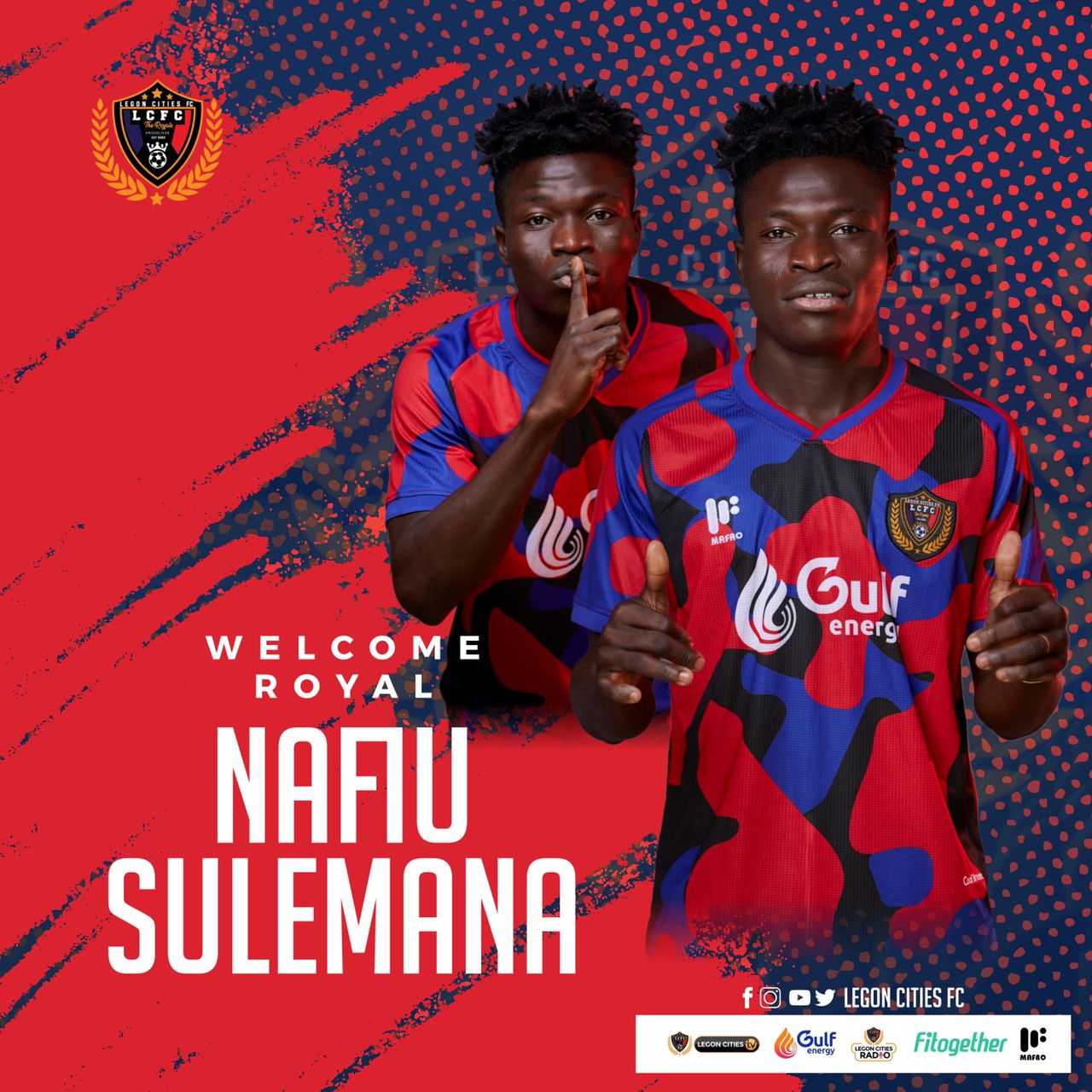 Legon Cities have completed the signing of Nafiu Sulemana from Inter Allies ahead of the start of the 2021/22 season which kicks off on Friday, 29 October 2021.

Sulemana joins the Royals on a permanent deal after successful negotiations.

The club confirmed the deal via their Twitter handle.

The young forward was one of the standout players for Inter Allies last season, ending the campaign as the club’s top scorer.

I want to thank Inter Allies for the opportunity, for being a part of this noble team," he told interalliesfc.com

"I’m following a new path, but my heart will always be with this Club.

"May God bless you and may the upcoming season be a successful one."

The 2021/22 league season will be officially launched on Tuesday, October 26 at the GFA Secretariat in Accra.