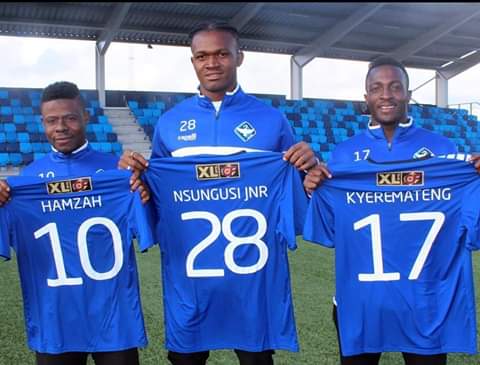 HB Hoge have officially extended the loan deals of Inter Allies trio namely Kwabena Kyemateng, Effiong Nsungusi, and Hamza Nasiru till the end of the season.

The three Ghanaian players joined the Danish side in February but are yet to make an appearance due to the impact of the Corona Virus Pandemic that has seen leagues across Europe suspended.

The extension will see them in the Danish side until the season ends on July 26, 2020.

HB Hoge Director Per Rud explained the club wants to play the season to an end with their current squad and have held discussions with the players in that regard.

“This is a very extraordinary situation we are experiencing this year. Of course, we had a desire to extend with all our players, and play the season to an end with the existing squad, and we had a hope and a presumption that the players also wanted to extend.”

He added: "We have now agreed with all of them. Now we are just looking forward to getting started with the tournament in a week.”