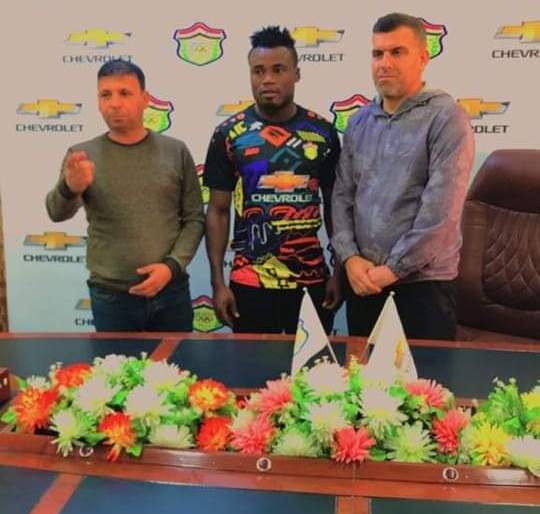 Iraqi Division One side Al Hedood have completed the signing of Ghanaian striker Frederick Boateng.

He has also featured for Angolan side Clube Desportivo de Huila.

Al Hedood FC are looking to make a return to the Iraqi top-flight after their demotion at the end of the 2020/21 season.