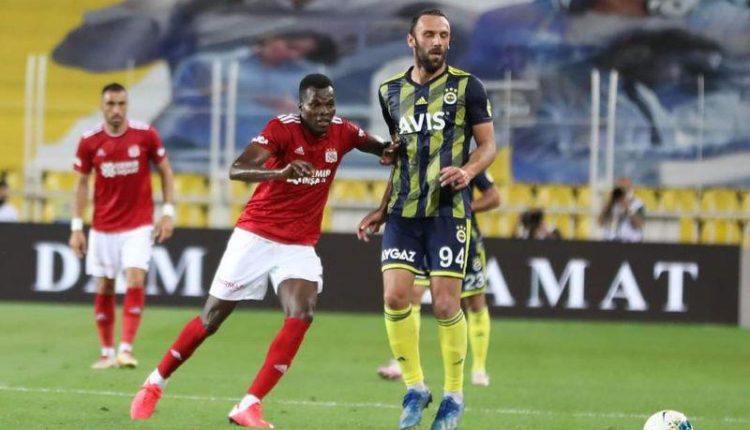 Ghanaian international Isaac Cofie played a cameo role for Sivasspor on Thursday afternoon when he came on as a substitute in the team’s 1-1 draw against Fenerbahce.

The experienced defender has this season not been the ideal starter for the team in the Turkish Super Lig but continues to show is quality when called into action.

Today, the midfielder missed out on a starting role when his team hosted their matchday 19 opponent of the league season at the Yeni 4 Eylul Stadi.

Later in the second half, Isaac Cofie was introduced by his manager to replace Robin Yalcin in the 81st minute.

For the 9 minutes he played, the midfielder provided a shield to protect the backline of Sivasspor while adding to the attack of the team whenever they moved forward.

In the end, goals from Mustapha Yatabare and Enner Valencia canceled out to ensure Sivasspor and Fenerbahce shared the spoils at the end of the 90 minutes.