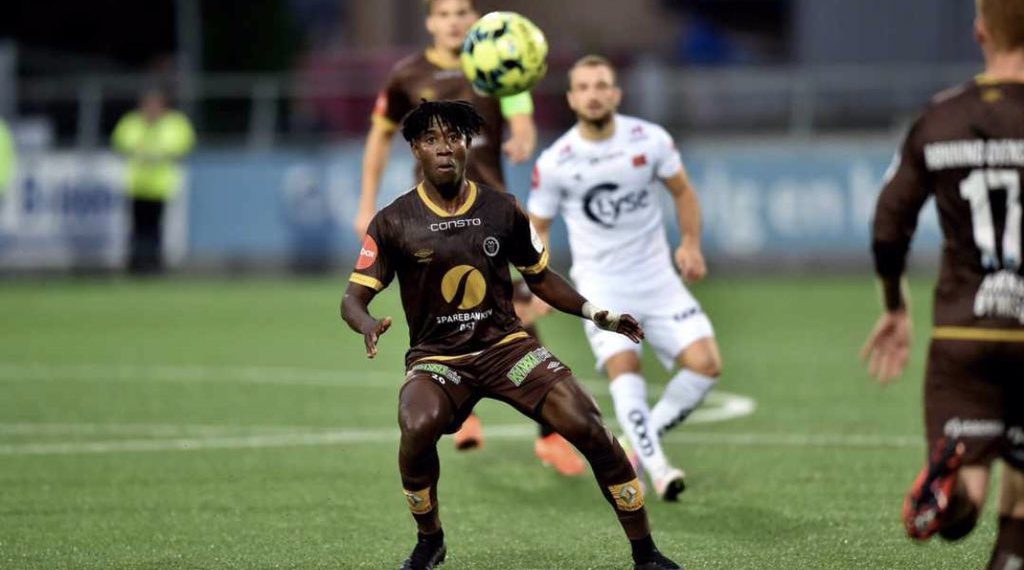 Ghanaian international, Isaac Twum featured for Mjøndalen IF on Sunday evening when the team suffered a 1-0 defeat at the hands of Kristiansund BK.

The midfielder and his club remain determined to stay in the Norwegian Eliteserien at the end of the 2020 football season.

Today, the team played as a guest to Kristiansund BK at the Kristiansund Stadion for a Matchday 25 fixture of the ongoing season.

Unfortunately, they conceded just after 3 minutes into the game courtesy of a strike from Dan Peter Ulvested and ended up losing all 3 points at the end of the match.

Despite the defeat, Isaac Twum displayed good form and starred for Mjøndalen IF throughout the game especially in the second half.

On the Matchday, the combative midfielder won 9 duels, made 3 clearances while making 2 key interceptions.