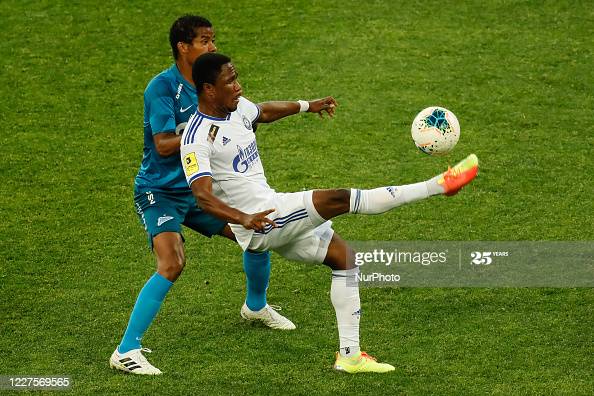 Joel Fameyeh scored his 11th league goal of the season against Krasnoyarsk in the Russian on Saturday afternoon.

Fameyeh opened the scoring for the visitors after 28 minutes, slotting the ball round the goalkeeper from close range.

Alexander Zotov equalized for the home team eight minutes later, in the 36th minute, to tie the score before halftime.

Orenburg looked for a second goal after halftime and in the 64th minute, Renato Gojkovic scored a crazy goal to make it 2-1.

The 23-year-old played the entire game to help the promotion chasers bag all three points.

Fameyeh has played 32 games and scored 11 goals for Orenburg in the ongoing season.