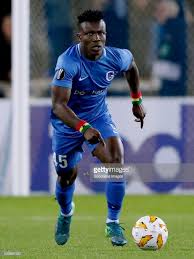 The Celta Vigo team resumes one more year the Estrella Galicia Trophy, which every month of competition is awarded to the most outstanding player of the celestial team.

To nominate the best of September, fans can choose between goalkeeper Rubén Blanco, central Joseph Aidoo and midfielder Fran Beltrán. The participants in the vote, through the official Twitter account of the Vigués club, will enter the raffle of two tickets for the Celta-Real sociiedad match of the tenth day of LaLiga.

The novelty in the blue sky is the presence of the former inter allies man Aidoo, signed last summer to the Belgian Genk for 8 million euros and which has become one of the most outstanding of the team of Fran Escribá.