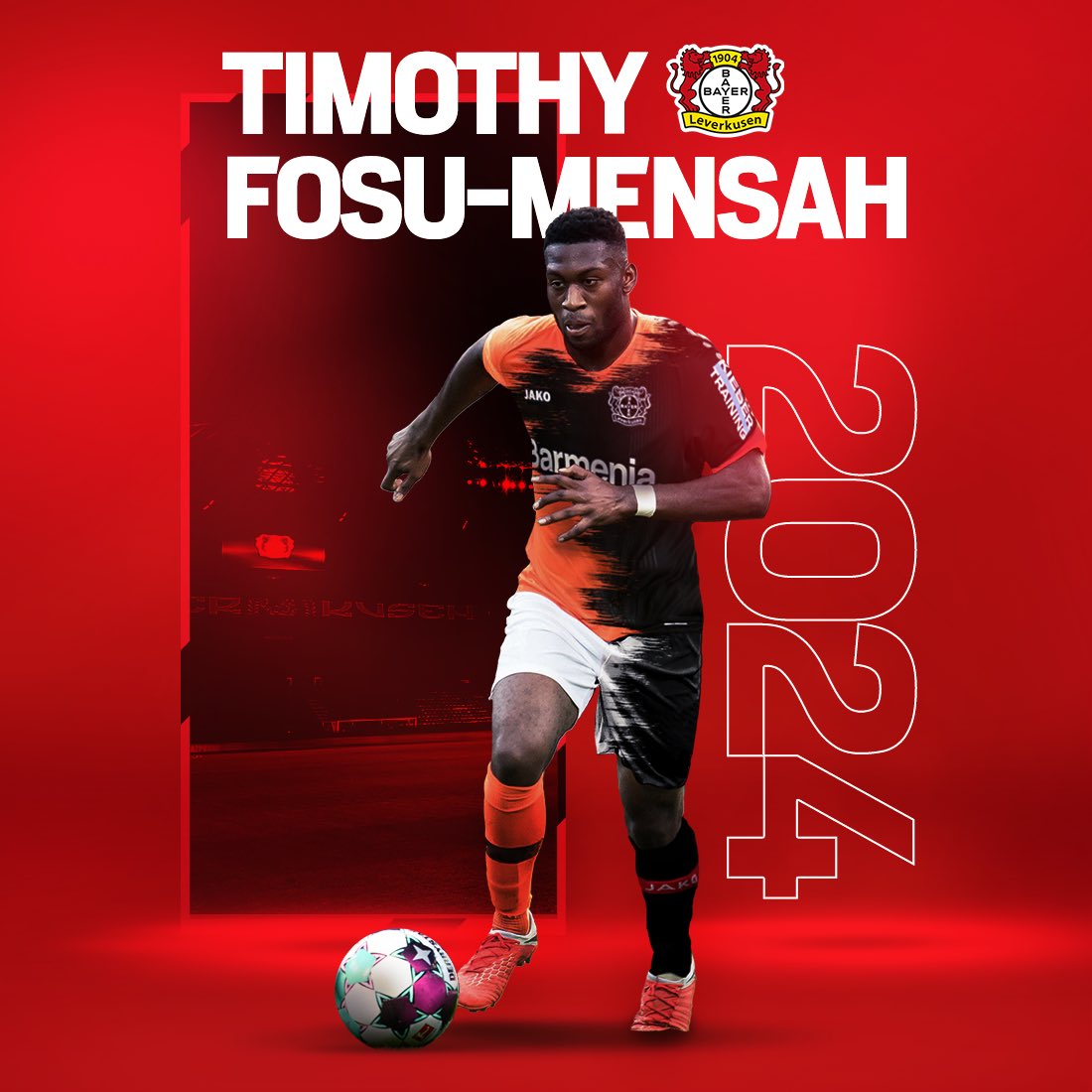 Dutch-born defender of Ghanaian descent, Timothy Fosu-Mensah has sealed his move to Bayer Leverkusen from Manchester United, footballghana.com can report.

As reportedly by your most trusted online portal on Monday, the German Bundesliga club has in the last few weeks been in talks with the English giants over the possibility of acquiring the services of the defender.

On the back of fruitful talks, Bayer Leverkusen has today wrapped up the signing of Timothy Fosu-Mensah for an undisclosed free.

"The 23-year-old will embark on a fresh chapter of his career in the Bundesliga after agreeing terms and passing his medical with the team currently sitting in third place in the German top flight,” an announcement from the Manchester Club has said today.

Meanwhile, Bayer Leverkusen has also subsequently unveiled the new signing in a deal that is expected to run until the summer of 2024.