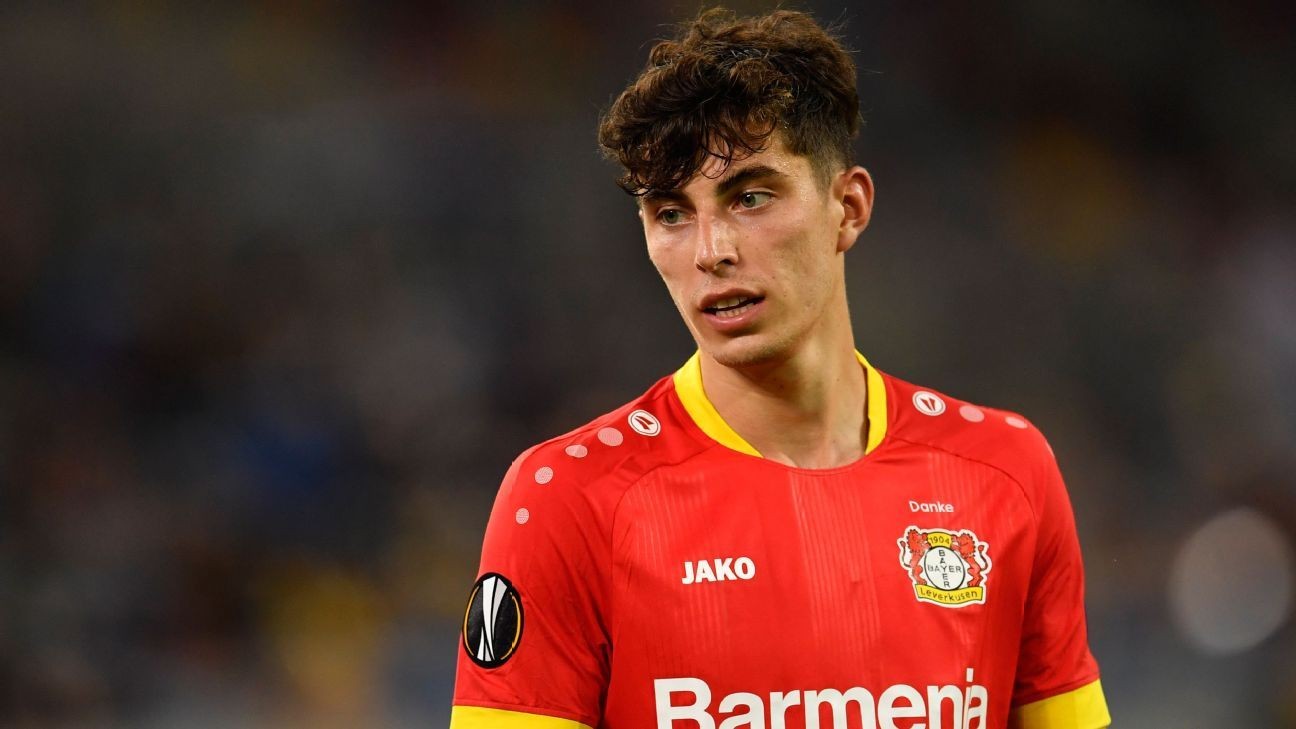 Kai Havertz will undergo a medical on Friday, with Chelsea on the verge of completing a deal for the Bayer Leverkusen midfielder worth €80 million plus €20m in add-ons.

The 21-year-old was given permission on Friday to leave the Germany national team training camp and fly to London to put the finishing touches to a deal which sources have told ESPN will see Havertz sign a five-year contract at Stamford Bridge.

The medical is not expected to raise any issues and the Blues are set to confirm Havertz as a Chelsea player by the end of the week, taking their summer spending spree past £200m with the acquisitions of Hakim Ziyech, Timo Werner and Ben Chilwell in addition to free signings Thiago Silva and Malang Sarr.

Havertz was an unused substitute in Germany's 1-1 draw against Spain on Thursday evening. The decision not to play him was taken following consultation with Chelsea to avoid any risk of injury complicating his medical.

It is, however, at this stage unclear when Havertz could make his Chelsea debut given the quarantine situation as Germany play Switzerland in the Nations League on Sunday.

Switzerland is one of the countries on the United Kingdom's coronavirus watchlist, requiring all individuals returning to England to self-isolate for 14 days upon arrival.

Chelsea have Havertz, Werner and Antonio Rudiger in the squad and therefore all three players could potentially miss the start of the season if they are not able to secure an exemption.

The Blues travel to Brighton for their opening Premier League match on Sept. 14.