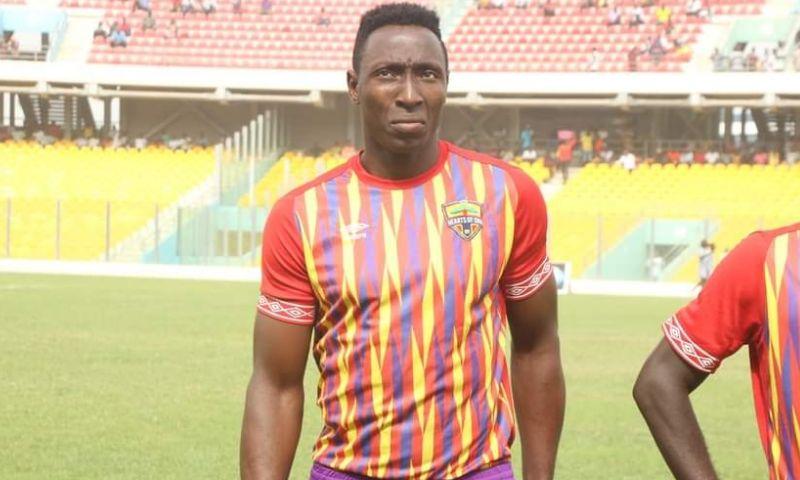 Kofi Kordzie has confirmed his return to Hearts of Oak ahead of the 2021/22 Ghana football season.

The bulky forward has returned to the country after parting ways with Qatari outfit Muaither SC by mutual consent due to financial constraints which nearly collapsed the Asian club.

With the club improving their squad for the Caf Champions League, the striker has confirmed his return to the club.

"I have signed for Hearts of Oak," he told Accra based Atinka FM.

"I want to score goals in the Caf Champions League and in the Premier League," he added.

The 26-year-old underwent his medical ‘with no issues’ at the Barnor Hospital, located at Laterbiokoshie in the Greater Accra Region.

Kordzi is expected to sign a three-year deal with the 2020/21 Ghana Premier League champions.

Kordzi was Hearts of Oak’s top scorer in the 2019/20 Ghana Premier League season which was abrogated due to the Coronavirus pandemic. Kordzi scored six goals in his 14 outings for Hearts of Oak.

Meanwhile, Kordzi scored 8 goals in 22 matches in his first season for Muaither SC.