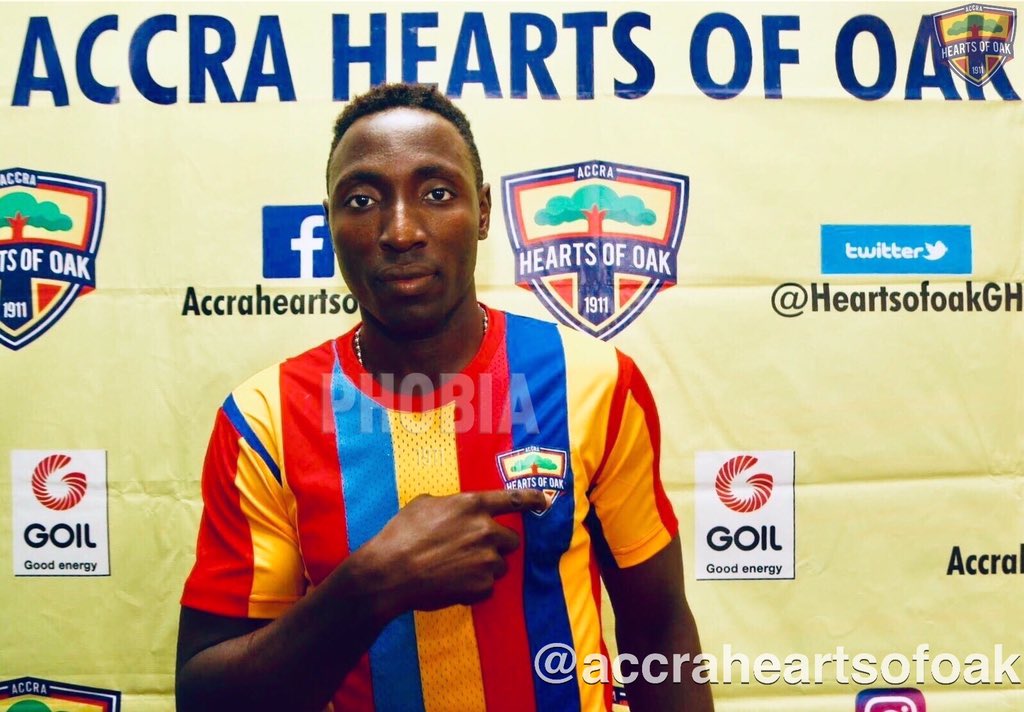 Hearts of Oak striker, Kofi Kordzi has written to the Hearts of oak hierarchy to consider the offer from Qatari based club Al-Sailiya and allow him to leave.

Multiple reports in the media suggest that the Ghana Premier League giants have rejected a deal of $200,000.

According to the club, they are not ready to let the striker leave the club.

The striker has written a letter to the club’s management pleading with them to accept the transfer offer and allow him to leave due to the condition of his family.

A portion of the letter reads, "Consider my family situation and allow me to leave”.

Kordzi is contracted with Hearts of Oak until 2022 after uniting them on a 3-year deal from a lower-tier side Royal FC last year.

He scored six goals in his 14 outings for Hearts of Oak making him the top scorer for his club in the 2019/20 truncated Ghana premier league due to COVID-19 downturn.