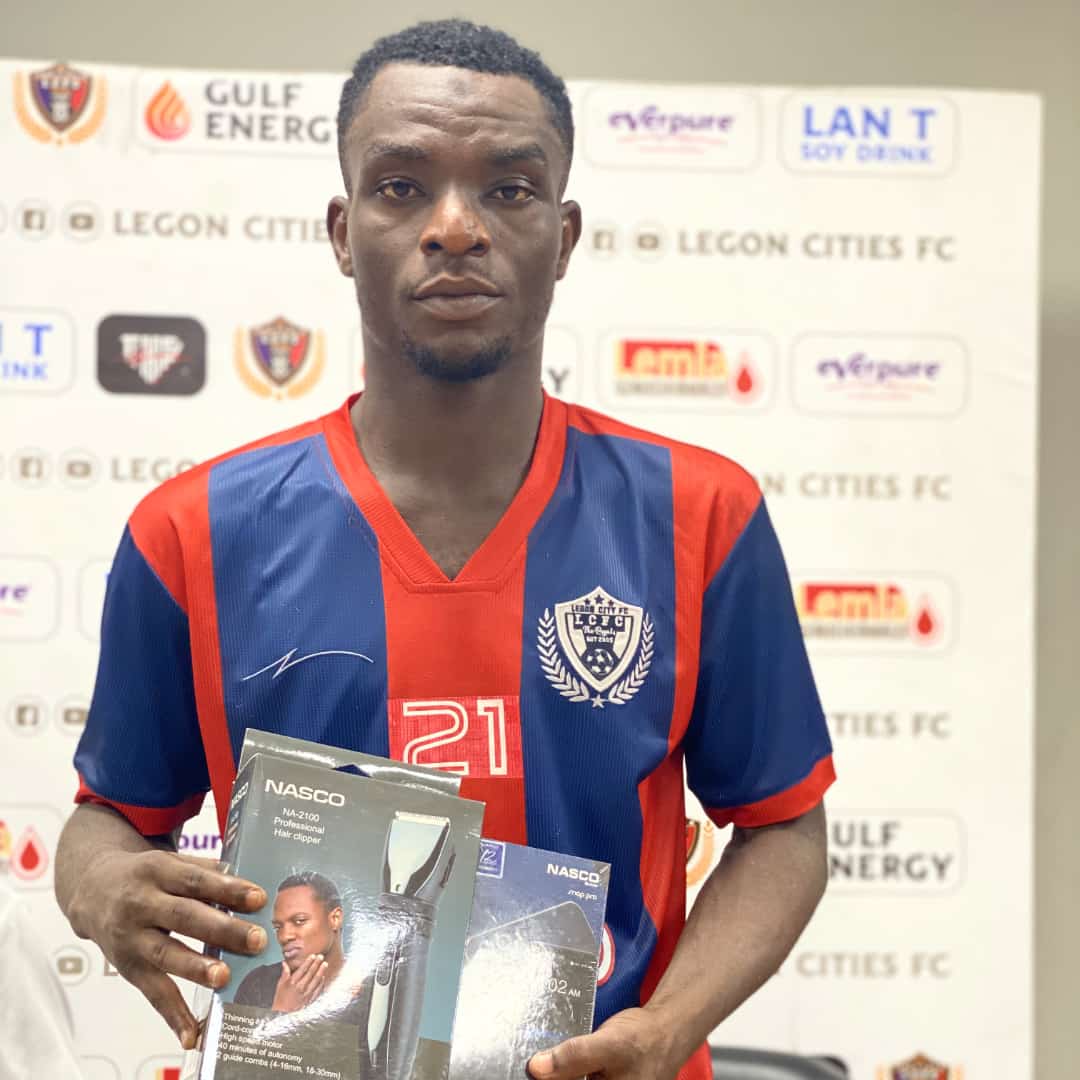 Legon Cities FC attacker, Baba Mahama has been named the NASCO Man of the Match in the team’s 5-2 win against Ashanti Gold SC in the Ghana Premier League on Friday evening.

The attacking midfielder featured for the Royal club today when they hosted the matchday 10 opponent at the Accra Sports Stadium.

In a game that produced a lot of action, Baba Mahama netted the third goal for Legon Cities FC a few minutes into the second half to give the team a 3-2 lead.

With additional goals from Nasiru Moro, Jonah Attuquaye, and a brace from David Cudjoe, the home team cruised to a 5-2 win with two goals from Yaw Annor serving as the consolation for the losers.

Assessing the performance of players at the end of the match, Baba Mahama has been awarded the NASCO Man of the Match award for his stellar displays.

For his award, he goes home with a men’s grooming machine plus a brand new mobile phone.