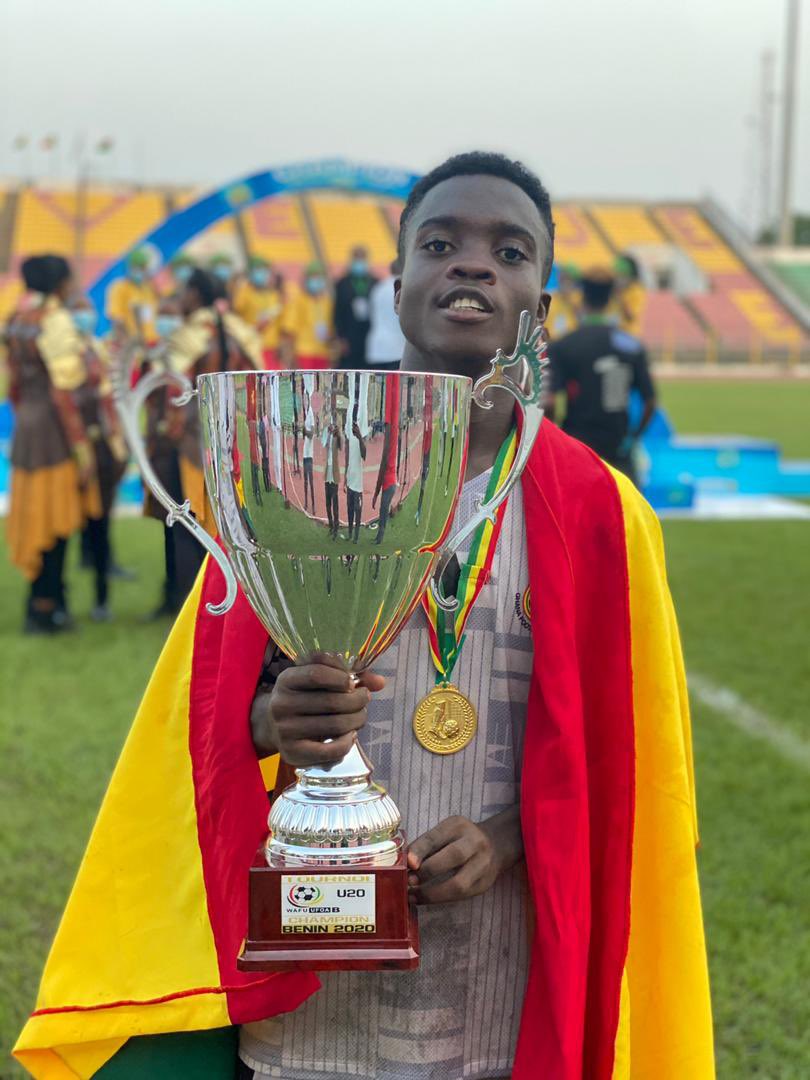 Legon Cities youngster Matthew Anim Cudjoe has set sights on next year's Africa U-20 Cup of Nations (Afcon) after helping the three-time champions secure qualification for the tournament.

Cudjoe played a key role as the Black Satellites came from behind to beat Burkina Faso 2-1 at the Charles de Gaulle stadium in Porto-Novo, Benin to clinch Wafu B Cup of Nations title.

By virtue of the reaching the finals, Ghana have also booked a place in next year's Africa U-20 Cup of Nations to be staged in Mauritania.

"I feel good because we have been able to end a five-year jinx at this level to qualify to the Africa Cup and win the Wafu trophy," former Asante Kotoko winger Anim Cudjoe told FootballMadeinGhana.

"I told myself that I need to help win the trophy for my country. That mentality helped us.

"When I go home, I will continue to work hard to be fit and well prepared for the Afcon.

"The Africa Cup is a bigger stage so I need to prepare well for it."