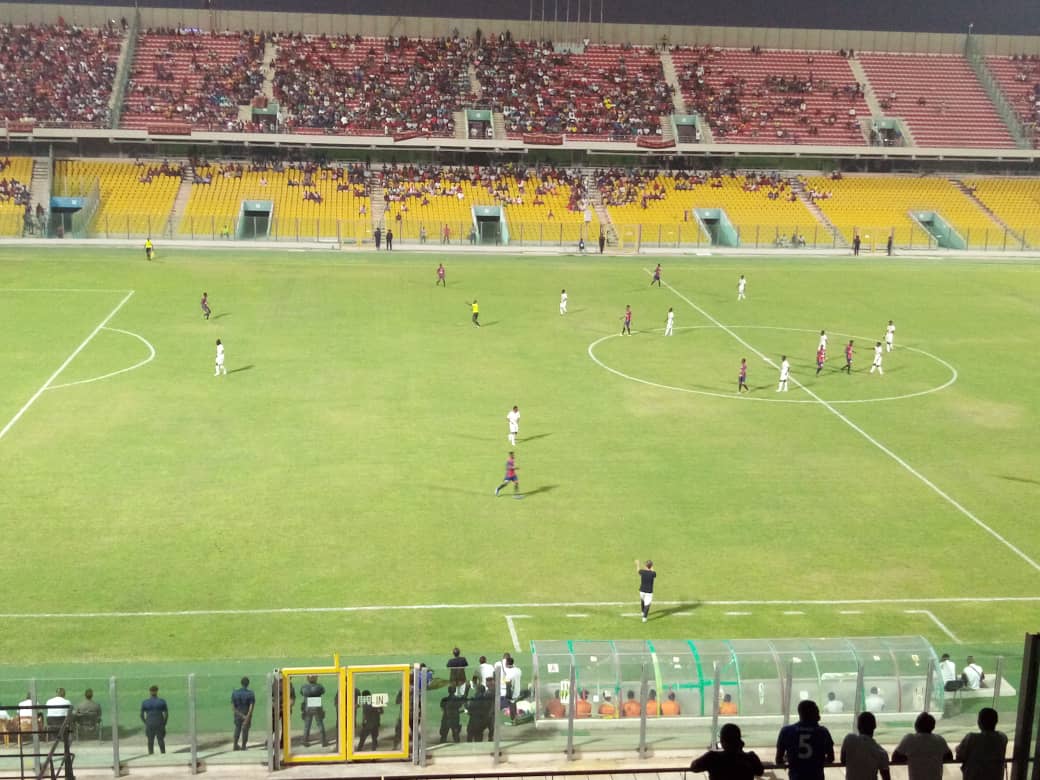 The game is being played under floodlights at the Accra Sports Stadium.

Its 8 minutes here in the capital city but there have been no goals so far. Both teams have shown promise going forward but neither has really been able to pose a threat yet.

Free-kick for Kotoko in a dangerous area.

Augustine Okrah takes up the set-piece but it is headed out of danger.

Legon Cities take a deserved lead after 10 minutes of play. Greece-born Ghanaian international Papadopulos Panayois with the goal to shoot the home team into the lead.

Game is now keenly contested with the Porcupine Warrior getting into the opposition's third to look for an equalizer that will bring them level.

So far the defensive setup of the home side has proved capable of keeping out Yacouba and co.

Sogne Yacouba is presented with a good opportunity but he is unable to convert.

A minute later Augustine Okrah scores with a cheeky effort as the whole stadium erupt.

The second half of the match is currently underway. 49 minutes played and it's still 1-1.

Emmanuel Gyamfi scores to shoot Asante Kotoko into the lead for the first time in the match.

Kotoko looks unstoppable now. A series of attacks leads another goal as Sogne Yacouba's cross is headed in by Emmanuel Gyamfi.

That's a brace for the winger.

Kotoko now in full control of the match and can go on to score more if they remain persistent.

Six minutes to end proceesings at the Accra Sports Stadium

Its all over at the Accra Sports Stadium. The Porcupine Warriors bag all 3 points to go top of the Ghana Premier League standings.