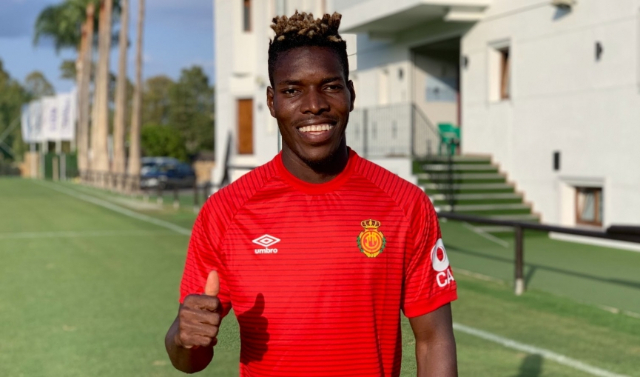 Ghanaian international Lumor Agbenyenu will return to RCD Mallorca for another loan spell next season, information reaching footballghana.com has confirmed.

The left-back joined the Spanish La Liga club from Sporting CP at the beginning of the 2019/2020 season.

The deal once it expires at the end of the season will see Lumor Agbenyenu returning to Portugal to join his parent club.

Reliable sources say that Sporting CP manager Rúben Amorim has strong players in the position played by the Ghanaian and hence he will be put up for another loan spell.

After impressing for RCD Mallorca, the club will bring him back to Spain to help their season in La Liga if they survive this one.

Lumor has this season made 20 appearances and has managed to make an impression on the technical handlers of RCD Mallorca. He could have played more but because of injury setbacks, he has been forced to sit out some times.