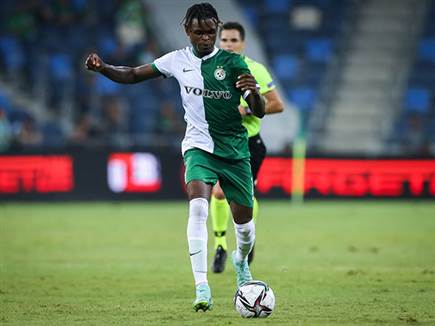 Godsway Donyoh's former club Maccabi Haifa has released a statement thanking the attacker for his services.

Donyoh, who left Maccabi Haifa at the end of last season after two years, signed with Azerbaijani Neftchi Baku on Friday.

Haifa's manager Gal Alberman was quoted as saying: "Thank you Godsway for two great years full of titles, successes and happy moments. We all wish Godsway much success in the continuation of his professional path."

The former Manchester City youth player signed a two year deal with the Baku based club.

On 26 September 2020, Donyoh signed a two-year contract with Maccabi Haifa in the Israeli Premier League, in a deal estimated at around €100,000. He made 54 appearances for the City of Haifa club and scored 13 goals.

Donyoh was linked to a lot of clubs in Europe and Israel after his contract with Haifa ended.