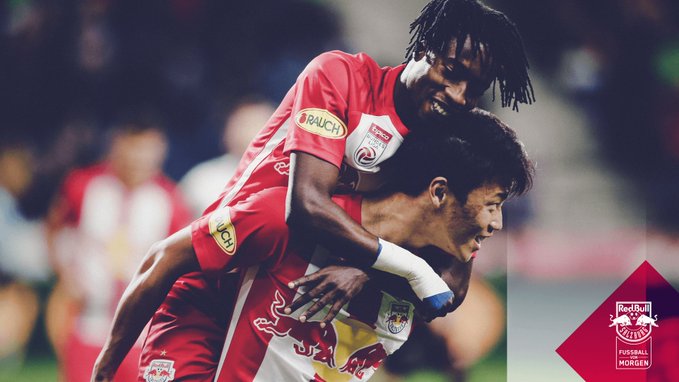 Ghanaian midfield sensation, Majeed Ashimeru has taken to social media to savor Red Bull Salzburg’s 6-0 demolishing of Altach in the Austrian Bundesliga over the weekend.

The player who has taken the division by storm this season was handed another start to feature for the league leaders who seem unstoppable at the Red Bull Arena.

Sekou Koita opened the scoring for the big-hitters just five minutes into the match. Following a good build-up play from the winners, Majeed Ashimeru assisted Patson Daka for the second goal of the day.

Though the former WAFA attacker missed a penalty on the 53rd minute, four more goals from Patson Daka, Smail Prevljak, and Chan Hwang-Hee was enough to complete a compounding victory.

In a recent Twitter post, Ashimeru has expressed his delight to the triumph whiles describing it as a ‘big win’.