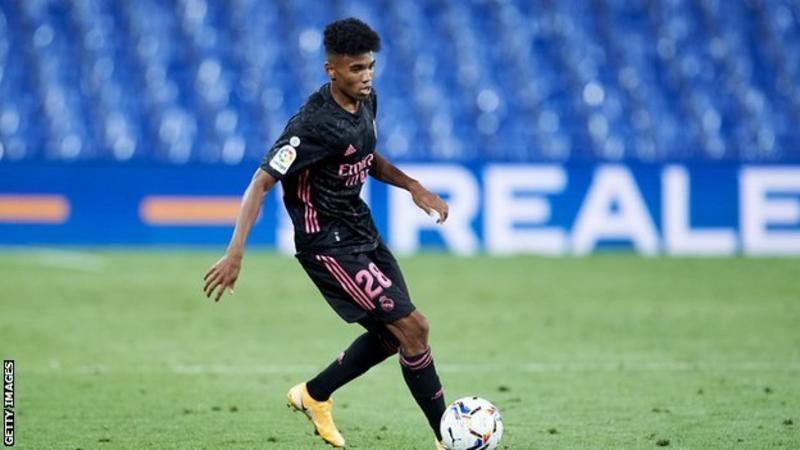 Not quite your everyday story, is it? But eight years after disappearing from the then-League One side "overnight" as one coach put it, Marvin Park made his debut for Zinedine Zidane's La Liga champions.

So how did a player who sparkled on the Wirral end up at the 13-time champions of Europe?

'A mouse in training, a lion on the pitch'

Born to a Nigerian father and a South Korean mother, Park started his football journey with Sporting Ciutat de Palma in his native Majorca. Then his parents moved to England for work - settling just over a mile from Tranmere's Prenton Park ground. It proved the perfect backdrop to his next steps in the game.

After joining the club in 2009, aged nine, Park spent two of his three years at Tranmere as an attacking midfielder or winger under the coaching of Neil Garnett, the brother of then-academy boss Shaun, the former Rovers defender.

"He was a shy, young little lad who did not speak much English but as soon as you saw him play you could tell he was different to all the rest," said Neil Garnett.

"He had pace, technique, he could play with both feet and he was strong. Some players don't look fast but seem to glide past people and that was what he was like.

"He was a mouse in training but when he got on the pitch he was a lion. He was fearsome. The way he played football was unbelievable and the total opposite of his personality."

And after a series of impressive displays, which included helping Rovers win the Keele tournament - one of the UK's biggest international youth football competitions - Park's reputation started to grow.

"His development was unreal. There was interest from Liverpool, Everton, Wigan, Blackburn and Manchester United. If he had stayed in England, the big clubs would have come and got him," Garnett added.

West Ham's Aaron Cresswell and Everton's Tom Davies are recent examples of the success of Tranmere's academy production line, with Dale Jennings also notably switching to Bayern Munich before drifting into non-league on his return to England.

However, despite Park's "abundance" of talent, Shaun Garnett initially had reservations over how far he could progress.

"He would walk down on his own, sit on the coach on his own and you would welcome him to training and he didn't say a word," he said.

"People who don't understand football wouldn't get why being quiet is a problem. I played with Pat Nevin, who was a quiet lad, but Marvin just didn't speak - that was something new to us.

"The standard at Tranmere has always been good but to go from here to Real Madrid - where do you hear anything like that?"

With interest in Park growing, Rovers signed the player up until he was 16, but a change in family circumstances led to his sudden departure.

"He played for us on the Sunday and he went back to Spain on the Monday. There was no warning. We lost him overnight," Shaun Garnett added.

"It literally was a coach saying 'Marvin has gone'. And you're like, where? 'Back to Spain.' Well how does that work?"

Park did not cut all ties with the club, though. He remained in contact with former Rovers youth player Josh Solomon-Davies, now a St Lucia international who plays for non-league Marine, while his father also wrote to Tranmere to thank them for their role in his development.

However, it was not the only stepping stone on his journey to the Bernabeu, as he rejoined Sporting Ciutat de Palma and went on to play for Majorcan clubs La Salle and AD Penya Arrabal.

His move to Real in 2016 came amid interest from then-fellow La Liga side Mallorca. Internationally, he was the subject of interest from both Nigeria and South Korea before opting to play for Spain at under-19 level.

His big chance at Real came in their first league match of this season. On 20 September, Park came on as a substitute for Rodrygo in a 0-0 draw at Real Sociedad.

"He has earned it because it has not been easy for him to get there," said Miguel Soler, who still speaks to his former protege after coaching him at La Salle and AD Penya Arrabal.

"Marvin is faster running with the ball than most others without a ball. That speed in a one versus one makes him a very dangerous player.

"We arranged games against other clubs where the likes of Mallorca came and observed him but Real Madrid signed him because he was one of the best players in Spain at the time."

Park, who helped Real's under-19 side to their first Uefa Youth League title in August, became the first homegrown player to be handed a senior debut in Zidane's second spell as manager and is eligible to play in the Champions League.

However, since then he has been back in the reserve side managed by club legend Raul, starting two of their three Segunda Division B matches, in Spain's third tier.

"Other players have gone over to Real from the island in the last few years," Soler said. "But none have made the progress that Marvin has."