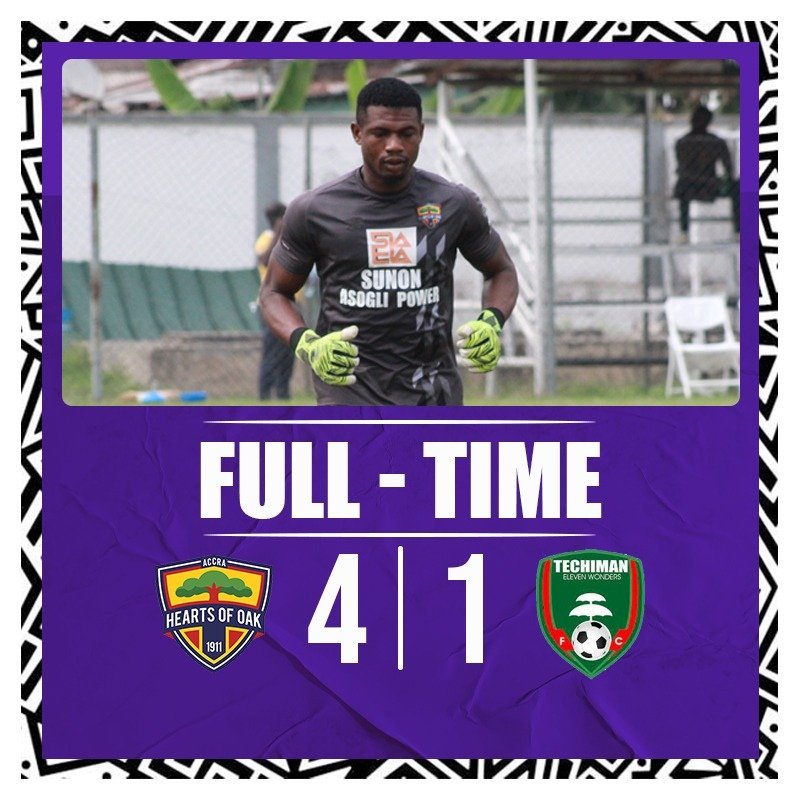 Hearts of Oak on Sunday afternoon made light work of Techiman Eleven Wonders when the team defeated the opponent 4-1 to boost top-four chances.

The Phobians today hosted the opponent in a matchday 13 encounter of the 2021/22 Ghana Premier League season.

In a game played at the Accra Sports Stadium, Hearts of Oak took the lead after 19 minutes courtesy of a goal from young midfielder Salim Adams.

With just that goal separating the two sides after the halt time, the two teams combined for four additional goals in the second half.

Striker Kofi Kordzi netted a brace in the second half for Hearts of Oak before Daniel Afriyie Barnieh sealed the win with a fourth goal in the 62nd minute.

Late in the game, Tetteh Nortey netted a consolation goal for Techiman Eleven Wonders as Hearts of Oak cruised to an eventual 4-1 win after 90 minutes.