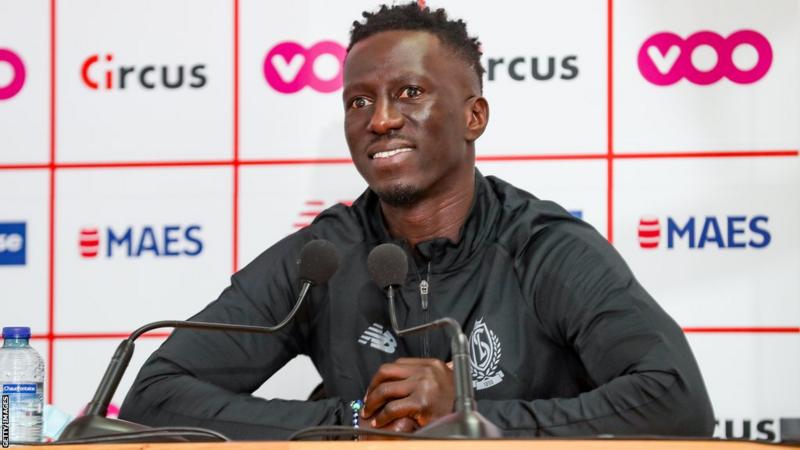 Monday night will see Mbaye Leye step into the dugout as the new coach of Belgian club Standard Liege with his fortunes closely followed by a generation of young black managers hoping he will strike a blow for African coaches.

The 38-year-old from Senegal will become only third African international to coach a club in the top flight of a European league.

He was appointed just after Christmas on a deal until the end of the season as he tries to lift Standard out of the bottom half of the Belgian league.

The club are one of the best supported sides in Belgium but find themselves in 11th place, having lost their last four games as they prepare to host Waasland-Beveren.

"In my first discussions, I feel everyone wants to work with me, and for me that is the most important," he told reporters at a news conference this week.

As a player Leye had a 12-year journeyman career in Belgium from 2007, which included three spells at Zulte Waregem, and time also spent at Ghent, Standard, Lokeren, KAA Eupen and Excelsior Mouscron.

He began his career at Amiens in France after moving from Dakar as a 18-year-old and in his first seasons in Belgium did enough to attract a call-up from then Senegal coach Lamine Ndiaye.

He made his Teranga Lions debut against Algeria in a World Cup qualifier in 2008 and earned further caps against Liberia and Libya the same year.

But Leye failed to forge a regular place in a team whose attack was led by El Hadji Diouf and Diomansy Kamara and the emerging Papis Demba Cisse and Mame Biram Diouf.

Despite a limited international career Leye proved himself at club level and then immediately moved into coaching after his retirement from playing in 2019.

His first role was as an assistant to former Belgium goalkeeper Michel Preud'homme at Standard Liege, with an eye to preparing him to take over the senior role in the future.

So it came as a big blow to Leye when he was snubbed by Liege last July, when Preud'homme unexpectedly quit, in favour of former France under-20 coach Philippe Montainer instead.

"But I didn't hold it against the club. Standard chose for safety at that moment and six month later it has all changed," he added.

Standard's technical director Alexandre Grosjean said they were looking for a coach with intimate knowledge of the Belgian competition and Leye fitted the bill perfectly.

"We also wanted a coach with a good image of our squad and with some of the DNA of the club in him."

One of the pioneers

He follows in the footsteps of Lito Vidigal, the Angolan international who has had multiple jobs in Portugal, and Ndubuisi Egbo, the ex-Nigeria goalkeeper, who won the title in Albania with SK Tirana last season and qualified the club for the early rounds of the Uefa Champions League.

They are the only three bona-fide African internationals who have coached at the top flight level in Europe, although Vidigal was brought up in Portugal.

Despite the likes of former Ivory Coast star Kolo Toure and Cameroon's Pierre Webo being part of the coaching set ups at Leicester City and Istanbul Basaksehir respectively opportunities for African coaches in Europe remain rare.

"We can play but not lead, maybe the black man is only made to execute," said former DR Congo coach Florent Ibenge, who worked for many years at lower league level in Belgium, a few years ago.

"You have got to ask the owners. People are there, trained, but no one trusts them."

"I know there are obstacles ahead if I want to coach in Italy because it's difficult for a black coach to have a job there," he insisted.

"The fact is that black qualified coaches do struggle to get jobs at big clubs in Europe because there's the perception that they can't perform at the highest level.

"It's about time we change the narrative and I want to be part of it. We need to get three to four black coaches to break through, and we'll be there."

Nigerian international Sunday Oliseh offered hope three years ago when he took Fortuna Sittard to the top of the Dutch second division but then fell out with the club's owners and abruptly left before they secured promotion. He has not had a club job since.

There are several coaches who will be hoping that Leye can change the perception about Africans at the very highest levels of coaching.

Among those is the former Tunisia international Mehdi Nafti, 42, was named coach of Spanish second division club Lugo in October.

Another is Omar Daf, who played fullback for Senegal as they reached the World Cup quarter-finals in 2002 and is now in charge of Sochaux in Ligue 2.

In the German second division, Daniel Thioune, whose father was Senegalese, has this season been tasked with returning Hamburg SV to the top flight.

The most successful African in management remains Mozambique-born Mario Wilson, who was Portugal's manager between 1978 and 1980.

He was also the first black manager of a major club when he took charge of Benfica in three different spells between 1975 and 1998. Wilson died aged 86 in 2016.