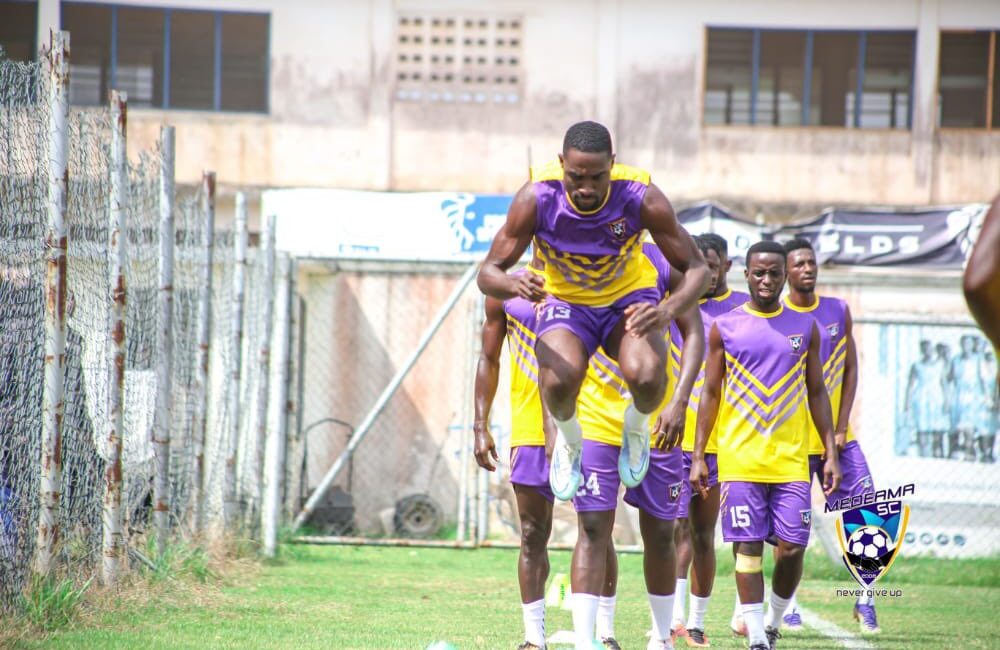 Medeama’s squad have returned to training at Akoon Community Park, after the 1-0 defeat at Berekum Chelsea in the Ghana Premier League on Monday.

David Duncan’s side suffered their first defeat of the campaign, courtesy Prince Anane’s sublime strike with five minutes left on the clock.

The squad immediately returned to training for a shake-up on Tuesday, hours after arriving from Dorma Ahenkro.

The squad will hold two training sessions in the morning (8am) and afternoon (4pm) on Wednesday as they continue to prepare for the next match against Aduana Stars at home.

Coach Duncan continues to put the paces together and correct the mistakes ahead of the must-win game against the Fire Club over the weekend.